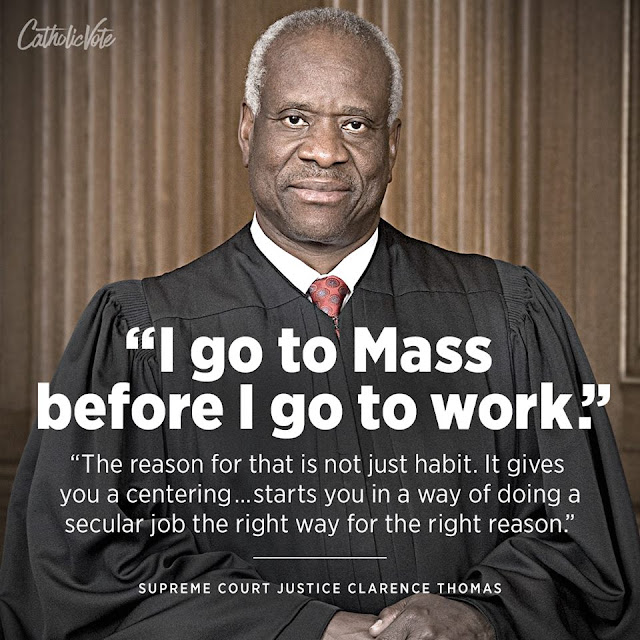 "So the faith I, you know I go to Mass before I go to work and the reason for that is not just habit. It gives you, a sinner, it starts you in a way of doing this job secular job the right way for the right reasons."
Here’s the full video (Justice Thomas’s faith testimony about being Catholic start at 8:36):
Posted by Jesus Caritas Est at 5:23 PM