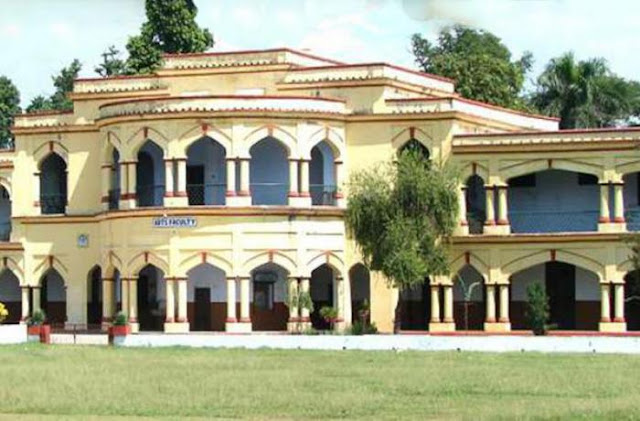 by Nirmala Carvalho
Members of the student wing of a nationalist organisation attacked St Andrew's College, barging into its offices to accuse the dean of corruption. Clashes with college staff followed. "Educational establishments are targeted and attacked in Uttar Pradesh. The Pentecostal church is the most vulnerable to attacks, assaults, arrests, discriminations and humiliation,” Christian leader says.

Mumbai (AsiaNews) – Hindu nationalists attacked St Andrew's College, Uttar Pradesh, on Wednesday, 18 July. The school was targeted by members of Akhil Bharatiya Vidyarthi Parishad (ABVP) who broke into the college’s offices and assaulted college administrators, employees and teachers, said Sajan K George, president of the Global Council of Indian Christians (GCIC).
The ABVP is the student wing of the Rashtriya Swayamsevak Sangh (RSS) and Yuva Vahini, an organisation founded by Yogi Adityanath, the Chief Minister of Uttar Pradesh.
College Dean JK Lal filed a complaint with the police against Saurabh Kumar Gaur, ABVP secretary general in Gorakhpur, and 40 ABVP unidentified members. Lal accuses them of destroying college property.
According to the Hindustan Times, the student organisation attacked college staff because they were prevented from meeting the dean.
The ABVP has accused him of corruption, of charging money for direct admission to graduate and postgraduate courses. According to the group, its members barged into the campus to deliver a memorandum in connection with the charges.
"The staff told them that a delegation of only five to six people can be allowed to meet the principal," Lal told the National Herald. "This infuriated them and they started assaulting members of the proctorial board. They even beat up non-teaching staff."
The college handed over a video of the incident to the police, the state’s chief minister, state Governor Ram Naik as well as the deputy chancellor of Deen Dayal Upadhyaya Gorakhpur University, to which the college is affiliated.
The ABVP has rejected the complaint, claiming instead that its members held a peaceful protest. "The college staff tried to interrupt the peaceful protest by ABVP workers and clashed with them," ABVP media chief Prakash Aditya Pandey Hindustan Times.
Speaking to AsiaNews, Sajan K George notes that " educational establishments are targeted and attacked in Uttar Pradesh. The Pentecostal church is the most vulnerable to attacks, assaults, arrests, discriminations and humiliation.”
In Uttar Pradesh, Pentecostals are systematically attacked. On 2 July, 20 Christians were severely injured in an assault on a prayer meeting in the village of Raikashipur, Pratapgarh district.
Some 35 right-wing nationalists broke into the hall during a service and beat up the Christians who had gathered for prayer. Moreover, the head of the village filed several false criminal charges against six of the Christian victims.
Again, on 9 July, Pastor Sabu Thomas was praying with a family when someone blocked the door of the latter’s home from the outside, called the police and reported that he was engaged in forced conversions. Pastor Thomas was arrested by police and later released in Lucknow.
TEXT SOURCE: ASIA NEWS IT
.
Posted by Jesus Caritas Est at 10:23 PM