Pope Francis at Penitential Rite Asking Forgiveness for Abuses - "We ask forgiveness for the times that as a Church we did not show survivors of all kinds of abuse: compassion" FULL TEXT + Video 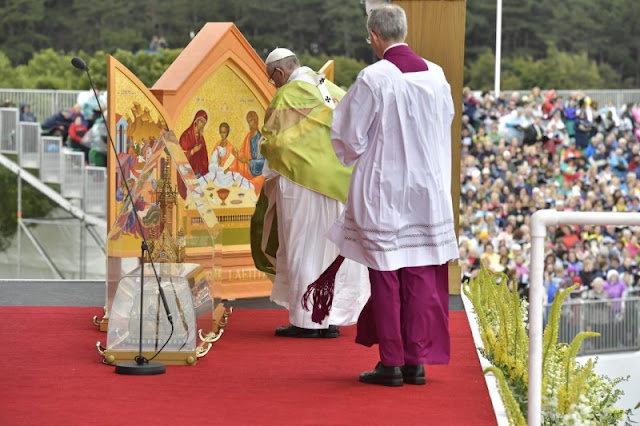 Yesterday, I met with eight survivors who have suffered abuse of power, of conscience and sexual abuse. Taking up on what they said to me, I want to place before the mercy of the Lord these crimes and ask forgiveness for them.
We ask forgiveness for the abuses in Ireland, abuses of power, of conscience and sexual abuse perpetrated by members with roles of responsibility in the Church. In a special way, we ask pardon for all the abuses committed in various types of institutions run by male or female religious and by other members of the Church. Furthermore, we ask forgiveness for the cases of exploitation through manual work that so many minors were inflicted.