#BreakingNews Pontifical Commission for Protection of Minors "...our starting point is to prevent abuses." 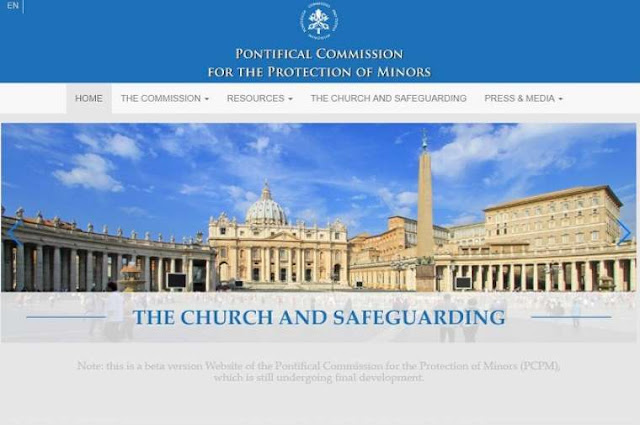 Cardinal Sean Patrick O'Malley, President of the Pontifical Commission for the Protection of MinorsCardinal Sean Patrick O'Malley, President of the Pontifical Commission for the Protection of Minors
VATICAN
PROTECTION OF MINORS
SEÁN PATRICK O'MALLEY
The Pontifical Commission for the Protection of Minors concludes Plenary Assembly
At the conclusion of the 9th ordinary Plenary Assembly of the Pontifical Commission for the Protection of Minors, which took place in Rome from September 7 to 9, 2018, the following communiqué was released.
The Holy Father has emphasized the primary importance of listening to victims /survivors and having their life stories guide the response of the Church in protecting minors from sexual abuse. Members began by listening to two testimonies of people who were affected by clerical child sexual abuse, a victim/survivor and the mother of two adult survivors who were abused as children. The Commission thanks them for sharing their stories with us, for the courage of their witness and for contributing to the learning process.
Members also reflected on the recent developments in the global church that have negatively affected so many people including victims/survivors, families and the community of faithful. The questions that have been raised in recent months not only focus the public on the seriousness of abuse, they are an opportunity to call people to the mission of prevention so that the future will be different from our history. The Commission’s starting point is not to investigate abuses; our starting point is to prevent abuses.
Working with Survivors
During the Plenary Assembly the group of experts dedicated to Working with Survivors announced the launch of pilot projects, the first of which is in Brazil. Building on the work of founding members, these projects are a mechanism to create safe spaces and transparent processes by which people who have been abused can come forward. Through these survivor advisory panels it is hoped the local church leadership will also benefit from the direct input of victims/survivors into how they can improve their child protection and safeguarding policies.
Local Responsibility
Since meeting in April, Commission members have taken part in over 100 safeguarding workshops.
The group that oversees Education and Formation outlined a series of future initiatives in formation seminars and conferences that are an essential part of promoting awareness of and responsibility for protection polices at a local level.
In April 2019, the Commission will sponsor a Safeguarding Conference for Church leaders in Central/Eastern Europe. Also in April 2019, together with the Brazilian Bishops Conference the Commission will offer a week of safeguarding formation for bishops and formators, in Aparecida, Brazil. In November 2019 Members have been invited to address a meeting of CELAM in Mexico. In 2020, the Commission will co-sponsor a Congress on Protection of Minors for operators in the church and civil society in the Americas in Bogotá, Colombia.
The working group Safeguarding Guidelines and Norms shared its progress on developing an auditing instrument to offer to local Bishops Conferences to aid in the oversight of their safeguarding policies and procedures.
Working with the Holy See
Collaboration with the entities of the Holy See and Roman Curia is also an integral part of the Commission’s mandate to aid the Holy Father. During the Plenary, some members had the opportunity to address the two courses for bishops newly ordained the in the past year, one organized by the Congregation for the Evangelization of Peoples and another by the Congregation for Bishops.
The Commission presentation was well attended and warmly received and members are grateful to the Prefects of these Congregations, Cardinal Filoni and Cardinal Ouellet and their collaborators for those meetings and the consistent attention to this important aspect of our safeguarding mission. Over the course of the coming week the Commission will also have working meetings with the Congregation for the Doctrine of the Faith and with the Italian Bishops Conference CEI, to further collaborative efforts in the field of child protection.
Marking the 30th Anniversary of the Convention on the Rights of the Child November 20, 2019 marks the 30th anniversary of the Convention on the Rights of the Child which is ratified by 196 State Parties including the Holy See. The Commission will proactively work with various stakeholders to seize this opportunity to raise awareness on the protection of children.
The Pontifical Commission for the Protection of Minors was created by Pope Francis in March of 2014 to propose the most opportune initiatives for the protection of all minors and vulnerable adults and to promote local responsibility in the particular Churches.
For more information on the work of the Pontifical Commission visit our website at:
www.protectionofminors.va/content/tuteladeiminori/en.html
FULL TEXT Release from Vatican News