Fr. Zollner of Centre for Child Protection says Abuse dropped to "almost Nil" in Australia and gives 2 Keys for Priests to Avoid Abuse 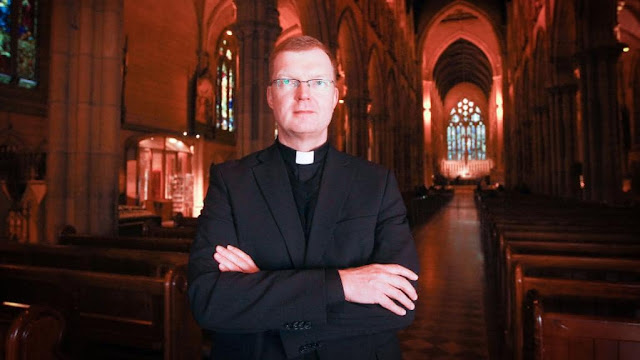 Australia's Catholic Weekly, from the Archdiocese of Sydney, reports that the Vatican’s foremost expert on safeguarding minors has said in countries like Australia where the Church has implemented safeguarding measures, child sexual abuse allegations have dropped dramatically to “almost nil”.

According to CW, Fr Hans Zollner SJ was in Australia last week at the invitation of the Diocese of Wollongong, delivering presentations on safeguarding and meeting with victims and survivors of child sexual abuse perpetrated by clergy or religious.
He is a Jesuit psychologist and theologian. The German-born Zollner is also President of the Centre for Child Protection at the Gregorian University in Rome and is a member of the Pontifical Commission for the Protection of Minors.
“Over the past ten to twenty years, depending on the country, the numbers [of allegations] have dropped to almost nil,” Fr Zollner told The Catholic Weeky.
Due to abuse in Australia a Royal Commission was initiated and Zollner explained “In Australia, as has been shown by the Royal Commission… in almost all dioceses the number of allegations referring to current years, not 50 or 30 years ago, is almost nil.”
“We can’t ever do enough but the Catholic Church in Australia has done a lot and is certainly among the top five [countries] in the world.”
CW reports he said of the Church’s approach to tackling child sexual abuse, that “from the moment that a church has decided to introduce safeguarding measures and codes of conduct, and guidelines to implement them, they work. Where information on safeguarding is obligatory and supervision on that is mandatory, it works.”
Commenting on the response to the recommendations of the Royal Commission released by the Australian Bishops and Catholic Religious Australia on 31 August, Fr Zollner agreed that breaking the Seal of Confession for cases of child sexual abuse would achieve nothing.
“How do I know who is confessing to me? I don’t know their name, that [anonymity] is part of confession… And if you take away that element of Confession, then the person will certainly not come to confess.”
“I’ve heard many priests say, and I can confirm that, in decades of being a priest I’ve never ever heard one single confession of any perpetrator [of child sexual abuse].”
He also rejected the notion that mandatory celibacy was a contributing factor in the sex abuse crisis in the Church.
“There is no causal effect between celibacy and child sexual abuse and the Royal Commission itself has stated so.”
“The point is that 99.9 per cent of all abusers do not live a celibate life… And secondly, 95 per cent of all priests are not abusers, so celibacy obviously does not lead to abusive behaviour as such…”
Fr Zollner warned against any complacency in regards to the sex abuse crisis.
“I would like to warn against the [impression] that it will be over once and for all. This would be from my point of view a dangerous illusion because evil will be with us and we will not be able to exclude abuse from happening simply because we introduce new guidelines.”
Edited from Catholic Weekly in Australia - Image Source: Google Images