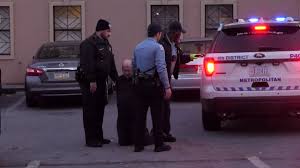 Charges were dismissed this week against two Catholic priests and others who were arrested for praying inside an abortion facility in July in Washington, D.C.

Life Legal Defense Foundation, which represents the “Red Rose Rescue” defendants, said a judge quickly granted its request Thursday to dismiss all charges against Father David Nix, Father Fidelis Moscinski and two other pro-life advocates.
Red Rose Rescues involve pro-life advocates entering abortion facilities to provide women with information about alternatives to abortion and a red rose. Nix, Fidelis and the other two defendants were charged with criminal trespass in July for praying inside the Capital Women’s Services abortion facility in Washington, D.C. The abortion facility is run by the notorious late-term abortionist Steven Chase Brigham, who has lost his medical license in multiple states.
On Thursday, Life Legal attorney John Garza said when the judge asked the parties whether they were ready for trial, prosecuting attorney Jana Maser said she was not ready because she could not produce any witnesses.
Then, Garza asked the judge to dismiss all charges, and the judge granted their request immediately.
Nix said they were ready to defend themselves and the women they hoped to help through information about Brigham’s notorious practices. A number of states have shut down Brigham’s abortion businesses because of his long record of egregious health and safety violations.
Shortened report from Life News
Posted by Jesus Caritas Est at 11:47 AM