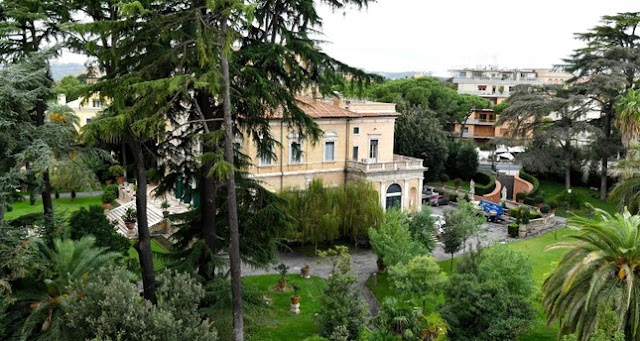 Human remains were found at a property in Rome owned by the Vatican. The bone fragments were discovered during construction work at the Vatican's embassy to Italy.
In a Vatican statement it was explained that experts were trying to determine the age and sex of the remains, and the date of death.
Italian media speculate they may be those of a teenage daughter of a Vatican employee who vanished in 1983. The disappearance of 15-year-old Emanuela Orlandi has been widely linked either to organised crime or to an attempt to force the release from prison of Mehmet Ali Agca, the Turkish man who tried to assassinate Pope John Paul II in 1981. Orlandi's brother Pietro, has campaigned for decades to find the truth. The remains could also be those of Mirella Gregori, who disappeared in Rome 40 days before Orlandi and was also aged 15, media also report.
"During restoration works in a space annexed to the Apostolic Nunciature of Italy... fragments of human bone were found," the Vatican said in a statement. The Vatican has said on several occasions that it has co-operated fully with police investigating the Orlandi case. (Edited from BBC News)
Posted by Jesus Caritas Est at 11:51 AM