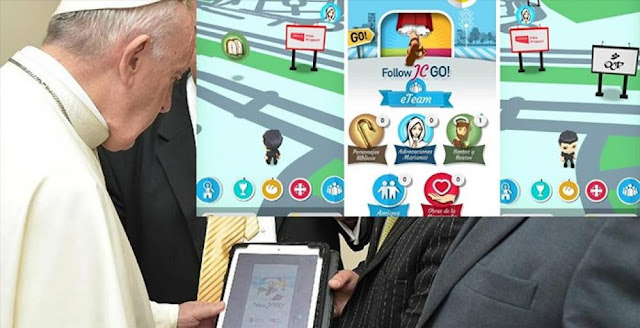 With this game smartphone users can go after biblical characters and saints. You can also answer biblical trivia asked by Moses, and gain points.
So far the Spanish version has been released but English, Italian and Portuguese versions will follow in the next few weeks. Follow JC Go! was developed by Fundación Ramón Pané, an international team of  Catholic helpers.