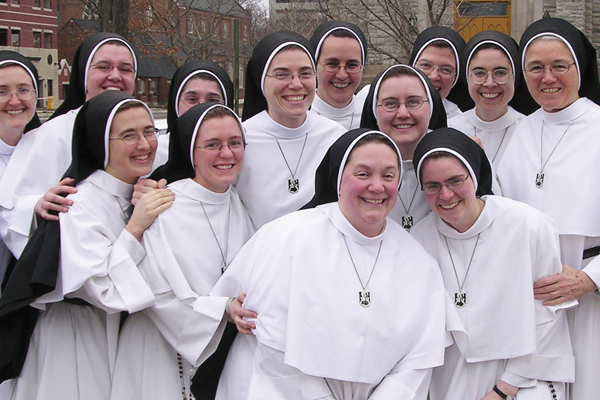 The Dominican Sisters, of Mary Mother of the Eucharist, just celebrated their 20th anniversary.
The family of President Donald Trump has invited them to sing at the White house's Official Christmas Tree Lighting Ceremony.
Their order has grown to over 130 Sisters at an average age of 28. These Sisters teach in preschool through college in missions all over the United States. Their Motherhouse is located in Ann Arbor, Michigan. They have released three Billboard and Amazon #1 Classical chart-topping recordings: including  Jesu Joy of Man’s Desiring: Christmas with The Dominican Sisters of Mary. The Sisters have had multiple appearances on “The Oprah Winfrey Show,” as well as on NBC’s Today Show, The Associated Press, NBC News Nightly, NPR, Good Morning America, Telegraph UK, Fox & Friends,. Their Christmas album, Jesu Joy of Man’s Desiring: Christmas with The Dominican Sisters of Mary, was released with De Montfort Music through Sony Music Entertainment. (You can see more about the Sisters at their Official Website: https://www.sistersofmary.org/)
SHARE this Amazing True Story to Encourage others to Give their Lives to Christ!
Posted by Jesus Caritas Est at 2:25 PM