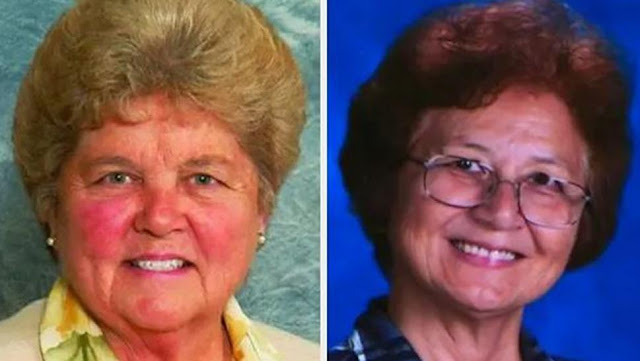 Two nuns allegedly stole $500,000 for trips to Las Vegas,.
For nearly 28 years, Sister Mary Margaret Kreuper was the principal at St. James Catholic School in Torrance, Calif, a coastal suburb southwest of Los Angeles. Around the same time that Kreuper announced she was retiring earlier this year, a family at the school asked for a copy of an old check they had written to St. James. When staff members found the check, the Long Beach Press-Telegram reported, they realized it had not been deposited into St. James’s account but a different bank account. That was among the first clues that would unravel a vast fraud that was allegedly conducted by Kreuper and Sister Lana Chang, another nun and longtime St. James’s teacher. School officials recently told parents the two nuns had stolen about $500,000 from the school. The school said the two women, reportedly best friends, used the money for trips and casino visits. “We do know that they had a pattern of going on trips, we do know they had a pattern of going to casinos, and the reality is, they used the account as their personal account,” Marge Graf, an attorney representing St. James, told a group of parents at a meeting last Monday night, according to the Beach Reporter.
While Kreuper worked as the school’s principal, Chang was an eighth-grade teacher. (She also retired this year.) Both women were members of the Sisters of St. Joseph of Carondelet order.
A review alleged that Kreuper and Chang had been committing fraud for at least 10 years. An old unused bank account belonging to the church was the key to the alleged misconduct, Monsignor Michael Meyers (Pastor of St. James) said. The account was opened in 1997, but had not been used for years. Kreuper would divert checks made out to the school for tuition and fees into this dormant account. She allegedly endorsed the checks with a stamp saying, “St. James Convent,” not “St. James School.” The two nuns then tapped the account for their personal use, Monsignor  Meyers  said. Parents told the Press-Telegram that they knew the nuns went on gambling trips, but the two said the jaunts were gifts from a wealthy uncle. “These nuns took a vow of poverty and said, ‘Oh, no, we’ve got a rich uncle,’ ” Alexander told the paper. “The rich uncle was the parents of the St. James students.” When confronted about the missing money, Monsignor Meyers   said the nuns admitted what they had done. “Sister Mary Margaret and Sister Lana have expressed to me and asked that I convey to you, the deep remorse they each feel for their actions and ask for your forgiveness and prayers,” Meyers wrote in a letter to the parents and parishioners, Fox 6 reported. “They and their order pray that you have not lost trust or faith in the educators and administrators of the school.” The order also confirmed that their members had been caught in the alleged fraud. “The Sisters have confirmed the misappropriation of funds and have cooperated in the investigation,” the order said in a statement. The order is willing to repay the money, the archdiocese has decided not to pursue criminal charges against them. Above is Edited from the Washington Post


STATEMENT REGARDING FINANCIAL MISCONDUCT BY SISTERS

updated December 10, 2018
The Sisters of St. Joseph of Carondelet confirm that we have been notified that the Archdiocese of Los Angeles intends to file a criminal complaint with the Torrance, California Police Department against Sisters Mary Margaret Kreuper and Lana Chang for misappropriation of funds. As a religious community, we will not defend the actions of our Sisters. What happened is wrong. Our Sisters take full responsibility for the choices they made and are subject to the law.
The Sisters of St. Joseph are committed to work with the Archdiocese to discover the amount taken. We are unable to confirm any sum until the discovery phase is completed. We intend to make restitution to St. James School as soon as a total is known. Justice demands this of us.
Canonical Restrictions have been imposed. The two Sisters are removed from their residence and placed in a religious house under the supervision of community leadership. They are also removed from all public ministry.
The Sisters of St. Joseph of Carondelet are concerned and saddened by this situation and regret any pain this has caused many in our Church, especially the families connected to St. James School. We hold the sorrow of our Sisters’ actions deep in our community hearts.
Release Source: csjcarondelet.org/ - Sisters of St. Joseph of Carondelet