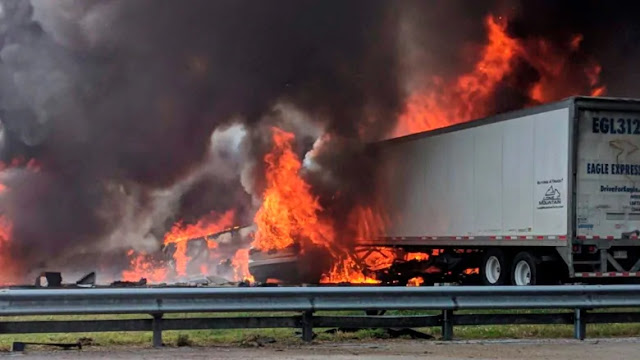 A church van full of children was headed to Disney World; then there was a horrific multiple car crash.
A dozen parishioners from a Louisiana Pentecostal church were driving across north Florida on their way to Walt Disney World in a passenger van.

However, the Avoyelles House of Mercy group never made it.

Late Thursday afternoon, a crash on Interstate 75 that left five vehicles twisted together and in flames, seven people dead and eight more injured.
The truck driver, 59-year-old Steve Holland, was also killed.
Five (Pictured Below) of those killed were passengers in the church van, authorities said. All of them were children.

Pastor Eric Descant’s granddaughter was among those who died and his wife, Karen Descant, suffered seven broken ribs and a broken collarbone, Kevin Cox, superintendent for the United Pentecostal Church’s Louisiana district, said in a statement on Facebook. Another adult chaperone on the trip was pregnant, Cox said. The woman safely delivered her baby Thursday night and both remain in the hospital.

“It’s unbelievable. Everybody is in shock. We lost five of our children,” Maxine Doughty, a church member from Avoyelles Parish in east-central Louisiana, told the Gainesville Sun. “We had our Last Supper Sunday, and the pastor said to live our lives like each day is the last day.”

The five children who died ranged in age from 8 to teenagers, authorities said. Riordan confirmed that the 12 occupants of the passenger van were traveling to Disney World.
Joel Cloud, 14, Jeremiah Warren, 14, Cierra Bordelan, 9, Cara Descant, 13, and Briana Descant, 10. 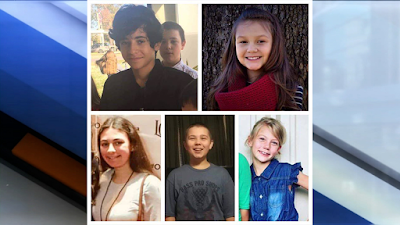 Just before 4 p.m. Thursday, a big-rig truck and midsize sedan traveling north on I-75 collided, overtook a guardrail and drove into the southbound lane, said Florida Highway Patrol Lt. Patrick Riordan. The two vehicles then collided with the church passenger van and a second tractor-trailer rig — sparking a massive fire fueled by 50 gallons of diesel, the Associated Press reported.


A fifth vehicle drove through the crash debris, possibly striking some vehicle occupants who had been ejected upon impact, Riordan said.

Both drivers of the trucks were killed. As many as eight other people were injured, authorities said, but information was not available on the severity of their injuries. Cox’s statement said that the four surviving children from the church van were injured but are expected to recover.

Jacquee Wahler, a spokeswoman for Disney World, said in a statement: “There are no words to convey the sorrow we feel for those involved in yesterday’s tragedy. We extend heartfelt condolences to the families and loved ones impacted by this tragic accident.”

Edited from the Washington Post
Posted by Jesus Caritas Est at 2:15 PM