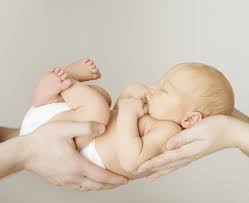 'A Sad and Evil Day': New York Legalizes Abortion Up to Baby's Birth Day on Anniversary of Roe v. Wade


New York legislators cheered and applauded Tuesday night after the state Senate removed restrictions on late-term abortions, allowing unborn babies to be aborted on the day of birth - they even lit the One World Trade Centre pink.

The Reproductive Health Act passed with a 38-28 vote and was signed into law by New York Gov. Andrew Cuomo (D).


"Today we are taking a giant step forward in the hard-fought battle to ensure a woman's right to make her own decisions about her own personal health, including the ability to access an abortion," Gov. Cuomo said.


The law removes New York's previous limitations on abortion which restricted the fatal procedure past 24 weeks.


The Reproductive Health Act states, "every individual who becomes pregnant has the fundamental right to choose to carry the pregnancy to term, to give birth to a child, or to have an abortion."

The law also removes abortion from the definition of homicide and New York's criminal code altogether. Previously, New York law treated the murder of an unborn child in its the third trimester as a felony offense punishable by up to seven years in prison.

The Reproductive Health Act changes that. Instead, abortion will be regulated under public health law and a variety of medical professionals, not just licensed physicians, will be allowed to perform abortions without penalty.


New York Republicans and conservatives fought against the law but the measure sailed through the state Senate after Democrats won a majority in the Senate last November.


"With the signing of this bill, we are sending a clear message that whatever happens in Washington, women in New York will always have the fundamental right to control their own body," Cuomo said.

Pro-life activists are very upset by the legislation.

"New York Senate cheers today for legalization of killing a baby old enough to born - poisoning a 6 month old to death in the womb & delivering her in pieces. This is the legacy of #Roe. It's time to end this barbarism," said Lila Rose, founder and president of Live Action.
Lila Rose
✔
@LilaGraceRose

"It is a sad and evil day when the murder of our most innocent and vulnerable is celebrated with such overwhelming exuberance. We SHOULD be supporting and encouraging the building of families which are fundamental to any society. By not doing so, we invite consequences untold," he tweeted shortly after the law was passed. (with information from CBN news)