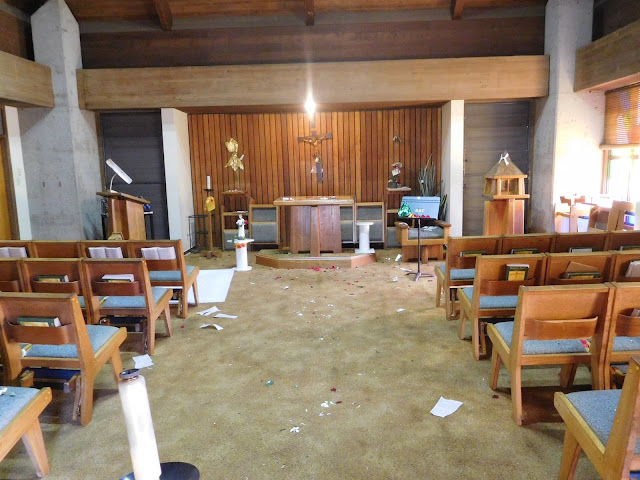 St. Anthony’s Catholic Church in Maui was vandalized after Easter.

On Easter Monday women arriving at the Chapel of Saint Damien for morning mass discovered the damage.


“When I entered the chapel, it was devastated,” he said. “We have a big picture of Our Lady of Guadalupe torn down. The relic of St. Anthony was covered, and the candles... everything was trashed.” He also explained that, "....the little infant Jesus, they cut off the fingers and the hand."


The crucifix of the chapel was desecrated.

“We had mass in the morning, but we didn’t have a 5 p.m. mass, and we usually close it after. So somehow we forgot to close the chapel,” said Bunda.
Three weeks ago, a person also broke into the rectory at the church and vandalized other areas.

Father Bunda said he forgives the perpetrator and thinks it is still important to keep the chapel open to everyone.

Posted by Jesus Caritas Est at 9:01 AM