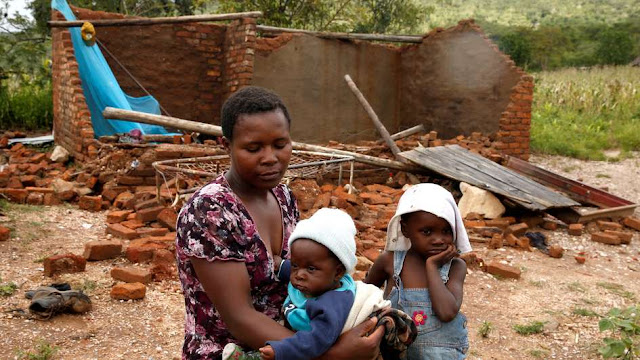 Mozambique has already seen cases of cholera and malaria surge to 4,600 and 7,500 respectively since the cyclone hit.

Children are at risk of disease and exploitation.
More 130,000 children who remain displaced following the cyclone, most of whom are in Mozambique and Malawi. More than 200,000 homes were destroyed by the storm in Mozambique alone.

Thousands are still stranded in evacuation centres
Across the three countries, flood waters have largely receded, and some affected families have started to return home. Yet thousands remain in evacuation camps because their houses were damaged or destroyed. Food security is also a major issue because the storm destroyed crops weeks before the harvest.
(Text based on a report by VaticanNews.va)

You can Donate to Aid to the Church in Need which is helping people in the regions in Africa where cyclone Idai hit: http://acn-canada.org/mozambique2019/?utm_source=HOME&utm_medium=CLICK_THROUGH&utm_campaign=Mozambique19