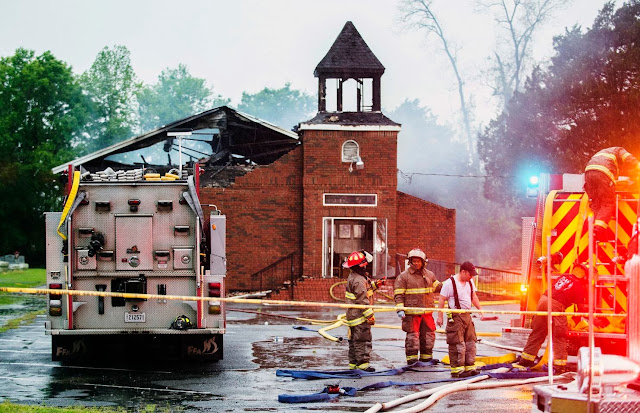 A suspect, age 21, has been arrest for the burning of 3 Black Churches in 10 Days in a Single Louisiana Parish.
Mount Pleasant Baptist Church in Opelousas, La., is one of three historically black churches that have recently burned in St. Landry Parish.

Three historically black churches have burned in less than two weeks in one south Louisiana parish, where officials said they had found “suspicious elements” in each case.


The three fires occurred on March 26, Tuesday and Thursday in St. Landry Parish, north of Lafayette. A fourth fire, a small blaze that officials said was “intentionally set,” was reported on Sunday at a predominantly black church in Caddo Parish, about a three-hour drive north.


The church, which was founded in the 19th century, had undergone extensive remodeling two years ago. Now it is nearly gone, he said, except for a brick wall and corridor in the front.

Edited from the New York Times and Global News