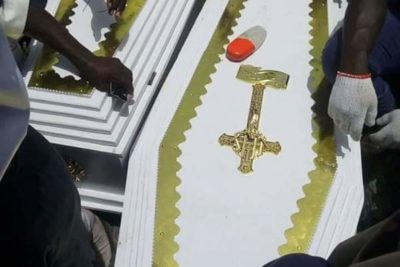 On Saturday (April 27) hundreds attended a funeral in northeastern Nigeria for eight young Christians, six of them minors, who were killed in an Easter procession. An off-duty security officer drove his vehicle into their Easter procession on April 21, sources said.

“This incident, no doubt, is motivated by terrorist acts, as the driver deliberately crashed into the procession,” the chairman of the Gombe State Battalion Brigade of the Boys Brigade, Isaac Kwadang, told Morning Star News. “The driver of the vehicle is a Muslim and an official of the Nigeria Security and Civil Defense Corps (NSCDC), while his passenger is a Muslim police officer.”

The vehicle assault also sent 12 Christians to the hospital for treatment of injuries, Kwadang said.

“Both the dead and injured Christian youths are members of the Evangelical Church Winning All (ECWA) and Church of Christ in Nations (COCIN) in Gombe,” he said. “Seven of the dead are from ECWA, while one is from COCIN.”

The two officers were also killed when crowds that survived the vehicle assault reportedly chased them down and mobbed them.

The Rev. Nicholas Okoh, primate of the Church of Nigeria (Anglican Communion), noted that the assault was directed at people celebrating the resurrection of Christ.