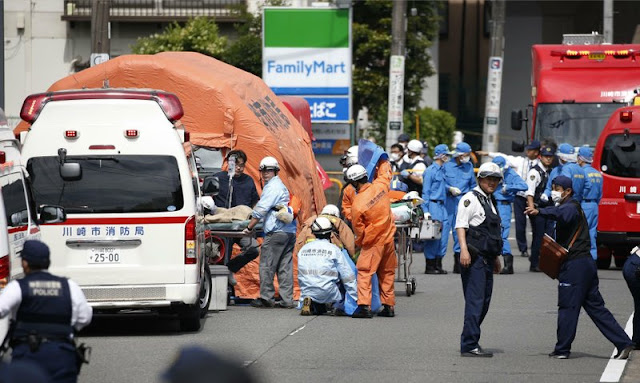 A knife-wielding man attacked the group of schoolchildren as they were waiting for a bus in the Japanese city of Kawasaki, near Tokyo.

A 12-year-old girl and a 39-year-old man are dead. The attacker, a man in his 50s, stabbed himself in the neck after the attack and has died.

The 13 injured girls are believed to be aged from six to 12, and are reportedly pupils at Caritas Catholic primary school. The school was founded by Canadian missionaries in 1961.

The attack began at 7:45am near a bus stop at Noborito station, according to media reports. Police found two knifes nearby.
Edited from sconews.co.uk

DONATE Now to Catholic News World, a Mission, which brings the Gospel to over 200 Countries World Wide! Easy Just Click the LINK below!
If you do not support Christian media who will?
Every little bit helps - as a Donor you and your Family will be added to our Church Prayers - You can add your prayer intention on the Donation site "Donor Wall":
https://donorbox.org/support-catholic-news-world-we-need-
Posted by Jesus Caritas Est at 11:23 AM

Who was the stabber?