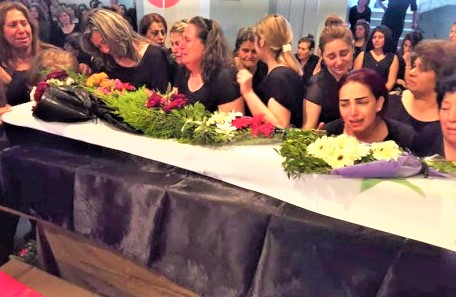 In the Syrian Christian town of al-Suqaylabiyah five children were killed while playing near a monastery.
Nonprofit International Christian Concern, reports that Syrian opposition forces fired rockets into a  Christian-majority town in northwestern Syria on Sunday, May 12, 2019.

Five children aged 6 to 10, were killed and one woman on a nearby street. Eight others, including six children, were wounded.

“The kids went out to play after some days of calm,” Father Maher Haddad, a local priest, told the Associated Press. The report continued, “A rocket struck near a group of children, instantly killing five and wounding others … the woman was killed in a nearby street by a separate rocket.”

AP notes the rockets were fired from nearby Idlib, where Al-Qaeda affiliate Tahrir al-Sham and the Free Syrian Army are active.

Syrian state media says that the regime retaliated against the al-Suqaylabiyah attack by firing shells toward insurgents on the southern edge of Idlib province, the last major rebel stronghold in the country. (Edited from Christian Post - Image Source: Google Images)
Please Pray for Peace in Syria...
Posted by Jesus Caritas Est at 8:47 PM