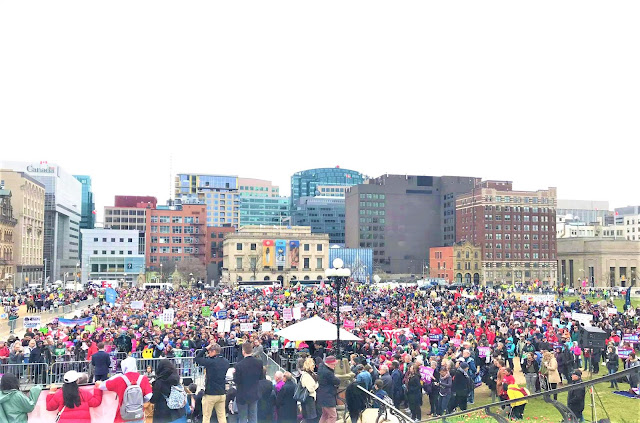 Thousands of Pro-Lifer's participated in the National March for Life, in Ottawa, Ontario, Canada on Thursday, May 9, 2019. The crowd was addressed on Parliament Hill by Abby Johnson and several other speakers. Several Members of Parliament stood at front together with religious leaders. Brad Trost, Pierre Lemieux, Harold Albrecht, David Anderson were notable among civil leaders

Donate to Catholic News World which brings the Gospel to over 200 Countries World Wide! Every little bit helps - as a Donor you and your Family will be added to our Mass Prayers - You can add your prayer intention on the Donation site "Donor Wall":


https://donorbox.org/support-catholic-news-world-we-need-
*********************************
The Catholic Bishop's Conference of Canada released a statement about the March for Life - here is an excerpt: In full communion with the Holy Father, Catholic Bishops and all faithful are united in declaring, as the Church has believed since its beginning, that the "distinctiveness of human life is an absolute good," and that "abortion and euthanasia [are] extremely grave evils that contradict the Spirit of life and plunge us into the anti-culture of death". Likewise, Pope Francis has recently observed that the "threshold of basic respect for human life is being crossed, and brutally at that, not only by instances of individual conduct but also by the effects of societal choices and structures" (15 January 2019 letter from Pope Francis to the President of the Pontifical Academy for Life). Today, the Bishops join their prayers with all those who stand up for life.