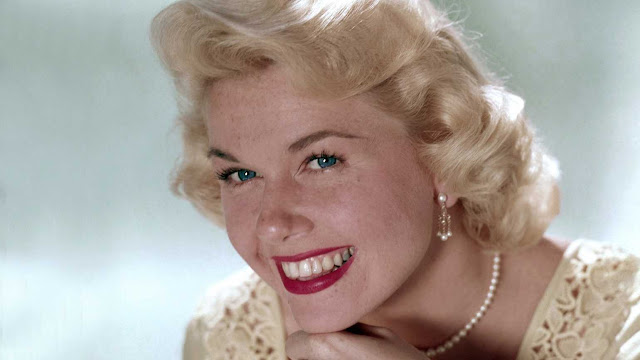 Doris Day, was named Mary Ann Kappelhoff, and was born and raised in Cincinnati, Ohio. Day was born into a Catholic family. She converted to Christian Science and said her new faith “brought spirituality into my life, spirituality that would sustain me through some very dark times.” Doris Day was a supporter of the Republican party.
In a statement, the Doris Day Animal Foundation said she died on Monday at her home in Carmel Valley, California. "She was surrounded by a few close friends as she passed," the statement continued.

Doris, Mary Ann Kappelhoff was born on April 3, 1922, in Cincinnati, Ohio, the daughter of Alma Sophia (born Welz; 1895–1976), and William Joseph Kappelhoff (1892–1967), a music teacher and choir master. Her grandparents were German immigrants.The youngest of three siblings, she had two older brothers: Richard (who died before her birth) and Paul, a couple of years older. 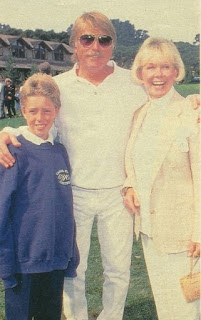 Day was married four times. She was married to Al Jorden, a trombonist, from March 1941 to February 1943. From this marriage came her only child, son Terrence Paul Jorden (later known as Terry Melcher). Terry died in 2004. Her second marriage was to George William Weidler, from March 30, 1946, to May 31, 1949. On April 3, 1951, her 29th birthday, she married Martin Melcher. This marriage lasted until Melcher's death in April 1968. Melcher adopted Day's son Terry.
Day's fourth marriage, from April 14, 1976, until April 2, 1982, was to Barry Comden (1935–2009).
Her only child,  Terry Melcher, died of melanoma in November 2004.Terry had a son called Ryan with his third wife Teresa. (Day, Terry and grandson Ryan are pictured at left)
Her films, which included Alfred Hitchcock's The Man Who Knew Too Much and That Touch of Mink, made her famous.

She received the Presidential Medal of Freedom in 2004 and a lifetime achievement Grammy in 2008.

In the 1970s, she was very involved in her animal foundation.

Be Kind today - Click the Link below...by Donating to Catholic News World you help bring News about the world that the media often ignores to over 200 Countries World Wide! Every little bit helps - as a Donor you and your Family will be added to our Prayers - You can even add your prayer intention on the Donation site "Donor Wall":