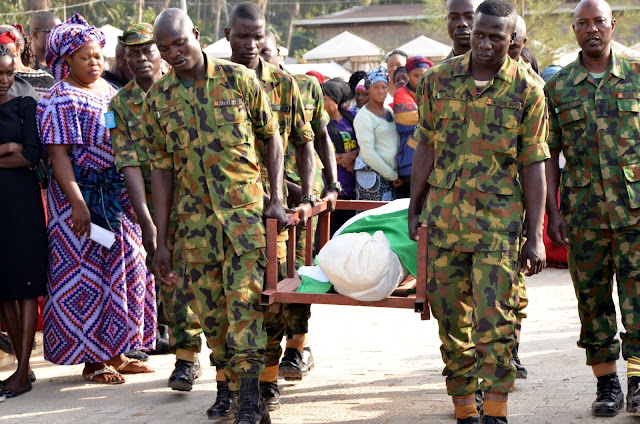 Abuja (Agenzia Fides) – Fr. Isaac Agubi, a priest who serves at the Holy Name church of Ikpeshi, 230 km away from Benin City, capital of Edo State in southern Nigeria was released by the police. The priest had been kidnapped on June 16th along the Auchi-Igarra road, around 5 pm, as he was returning home after having celebrated mass. The police forces, helped by some hunters in the area, managed to identify where the kidnappers were in the forest. During the release of the priest one of the bandits was injured.
The kidnappers seem to belong to a group of Fulani, a nomadic shepherd ethnicity, who in Nigeria and other West African countries (where they are known as Peuls) have become protagonists of violent raids against other populations. In the last week in northern Nigeria, violence linked to the Fulani issue and others committed by Boko Haram, caused the death of over 150 people, while nine others were kidnapped.
In the State of Sokoto on June 15, 25 people lost their lives in raids, probably committed by the Fulani, in three villages. In a separate incident, a woman, and her stepson, were kidnapped by a gang of shepherds on Airport Road, in the city of Osi, in the state of Ondo, on their way to Sunday mass.
On 12 June an officer and 20 soldiers in the State of Borno were killed in the attack on a military formation. The Islamic State of West Africa (ISWA), then claimed responsibility for the attack.
On June 14, at least 34 people were killed in an assault by an armed group that attacked three villages in the area of Shinkafi in the State of Zamfara. The bandits, who arrived on motorcycles, set fire to the houses and shot all those they encountered.
A few days ago His Exc. Mgr. Augustine Akubeze, Archbishop of Benin City and President of the Bishops’ Conference of Nigeria, had denounced "the unprecedented level of insecurity" (see Fides, 6/6/2019) and the "complete impunity" of who sows chaos and destruction in the Country. (L.M.) (Full Text Release by Agenzia Fides, 19/6/2019)
Posted by Jesus Caritas Est at 10:46 AM