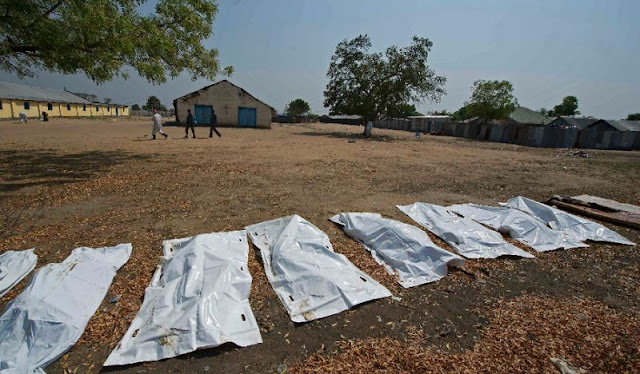 Sudan: death toll rises to 100, opposition rejects talks offer
Sudan’s opposition leaders reject the ruling military council’s invitation for a return to talks, as the death toll in a brutal crackdown on protesters shoots up to 100.
By Devin Watkins

The Sudan Doctors’ Committee announced Wednesday that at least 100 people have died this week in the military’s brutal crackdown on protesters.

Pro-democracy protest organizers say 40 bodies were pulled from the Nile River on Wednesday, the same day that security forces killed at least 10 people in Khartoum and in Omdurman. Another 10 people were killed on Tuesday, according to the group.

Paramilitary force roaming streets
The violence began on Monday, when troops dispersed a sit-in protest outside the Defense Ministry in Khartoum.

Security forces killed around 40 demonstrators as they fled from live rounds of ammunition. The army put much of the Sudanese capital on lockdown, but protesters have barricaded parts of the suburbs with burning tires.

The Rapid Support Forces (RSF), formerly known as the Janjaweed militia, made a notorious name for itself in the Darfur conflict in western Sudan in 2003.

Opposition rejects talks as ‘not serious’
On Wednesday, the head of Sudan’s ruling military council, General Abdel-Fattah Burhan, said the military is ready to resume negotiations with the opposition.

The general had previously cut talks and called for a snap election within 9 months, despite a deal for a 3-year transition period to civilian rule.

Protest organizers quickly rejected the invitation, saying the military cannot be serious about negotiations while killing protesters at the same time.

Germany and Britain proposed the draft on Tuesday, urging Sudan’s military and protesters to “continue working together” towards a solution.

After the Security Council statement was blocked, the United States and 8 European nations issued a joint statement condemning the military council for putting peace in Sudan in jeopardy.
FULL TEXT Release by VaticanNews.va
Posted by Jesus Caritas Est at 9:13 PM