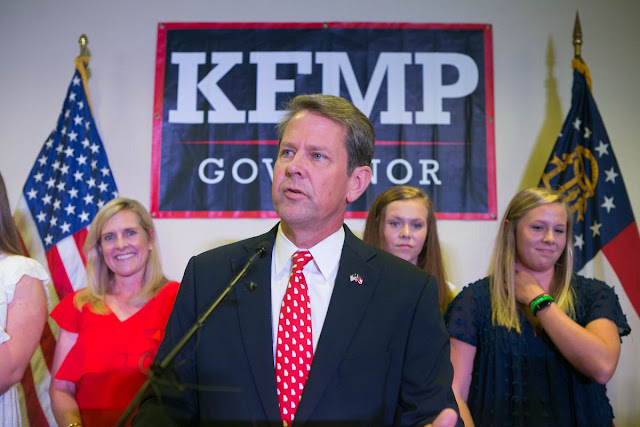 The governor of Georgia signed a law on May 7, 2019 to ban abortions once an unborn baby’s heartbeat is detectable. Gov. Brian Kemp signed the heartbeat bill into law, ignoring the  Hollywood liberals’ threats. The bill had already passed the state legislature earlier this spring.


Actress Alyssa Milano, led the boycott, and  Netflix has decided to stop filming in Georgia.
In response many prominent Christians are cancelling their Netflix subscription.

Georgia is a popular filming location for television and movie productions.

The law bans abortions on an unborn baby after their heartbeat is detectable, around six weeks. It allows exceptions for rape, incest and threats to the mother’s life. In addition, it will allow parents to claim unborn babies as dependents on their taxes and include the unborn baby in census data. It also will allow mothers to collect child support for pregnancy and delivery costs from the fathers prior to the baby’s birth.


“The Living Infants Fairness and Equality Act … recognizes something that many have know for years. It recognizes that science tells us that children in the womb are living, distinct human beings that are worthy of full legal protection,” Kemp said during the signing ceremony.

“But our job is to do what is right, not what is easy. We are called to be strong and courageous, and we will not back down. We will always continue to fight for life.”

How wonderful to have a Governor with real ethical standards. Georgia is truly blessed. And what makes Hollywood and Netflix think they are the arbiters of our culture? they have a lot to answer for, when you see how they influence the young to think violence, drugs and immoral behavior are the norm, and desirable behaviours.

There is a new Civil War going on in our country: this time, ironically,
northern states such as New York and Illinois that originally fought
to protect the right to life and liberty of all men, including black slaves,
are now instead hypocritically attacking the right to life and liberty of children in the womb, many of whom are also black,
and in ways unimaginably cruel and inhumane, ways reminiscent of the horrors of the Holocaust and of Nazism.

Meanwhile states such as Georgia, Alabama, Arkansas and Mississippi, states that once permitted slavery,
are now instead passing bills to protect the life of the child in the womb.
They are fighting to recognize the humanity, the dignity and the right to life of every child,
black or white, regardless of his or her circumstances.

We are witnessing one of the great ironies of our times, and of the country that declares, at least on paper, that "all men are created equal,
and endowed by their Creator with certain unalienable rights, that among these the rights to Life, Liberty, and the pursuit of Happiness..."

May we never forget or abandon this ethical underpinning of our nation's original struggle for independence, of its subsequent struggle to end slavery, and of the modern struggle for the civil rights
of all, including the poor, the weak, the underprivileged, and in particular the innocent child in the womb waiting to be born.