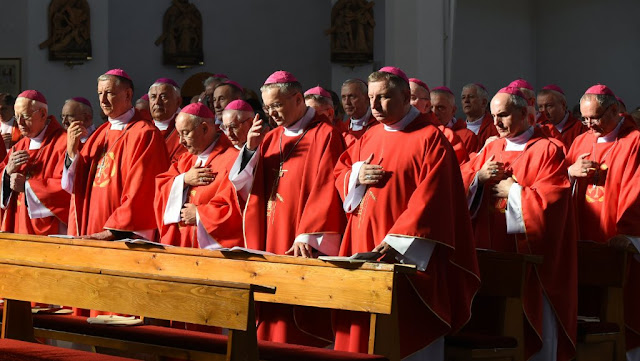 The News pl reports that Archbishop Charles Scicluna, from Malta, described by the media as the Vatican’s top sexual-crimes investigator, attended a gathering of bishops in Wałbrzych, southwestern Poland, to share his experience in handling abuse cases. The meeting of the Polish Episcopal Conference, the central authority of the Catholic Church in Poland, follows a number of child sex abuse allegations against priests, a scandal that evoked a wave of soul searching in a deeply religious country. Prime Minister Mateusz Morawiecki last month announced that Poland would hold a wide-ranging public inquiry into cases of paedophilia. Polish lawmakers in May voted through tougher penalties for child sex abuse, including longer prison terms for paedophiles. Meanwhile, senior churchmen have offered apologies after a recent documentary caused shock in Poland by highlighting cases of people who said they were molested by priests in childhood. Some conservatives have accused critics of using allegations of sex abuse by clerics to attack the Catholic Church. (pk/gs)
In an interview with the country’s Rzeczpospolita daily, Cardinal Kazimierz Nycz said he was shocked by stories of sexual abuse of children and minors by priests described in the documentary film Tell No One, which was posted on YouTube in May. “I was greatly disturbed by the enormous tragedy and pain of the victims,” the cardinal said.
Roman Catholic Archbishop Wojciech Polak, the Primate of Poland, said in a statement that he was “deeply disturbed” by what he saw in the documentary film Tylko nie mów nikomu (Tell No One) by the brothers Tomasz Sekielski and Marek Sekielski.
Polak added that “the immense suffering of those harmed is something painful and shameful.”
“I apologise for every wound inflicted by the people of the Church,” Polak said in his statement.
He also said that all information disclosed in the film “must be explained.”

“No one in the Church can shirk responsibility; we must protect children and young people; there is no other way for the Church,"Polak said.
He thanked those who had “the courage to tell about their suffering.” Meanwhile, Archbishop Stanisław Gądecki, head of the Polish Episcopal Conference, the central authority of the Catholic Church in Poland, said in a statement that he was “stunned and saddened” as he watched the film.
Edited from combined reports from thenews.pl
Posted by Jesus Caritas Est at 8:47 AM