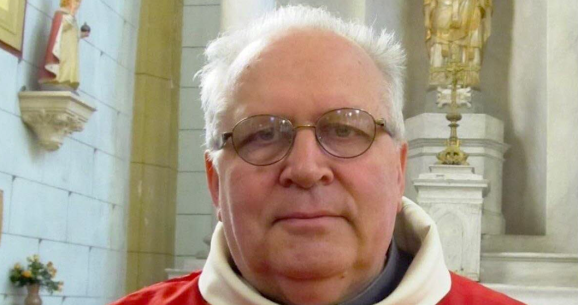 Father Bernard Preynat has been found guilty of sex abuse of minors and defrocked.  The decision was taken by the Church’s ecclesiastical court, while the date for a trial conducted by civilian authorities is yet to be set.

The 73-year-old priest had been accused of abusing young scouts entrusted to him in a Lyon suburb. The case has involved the city’s archbishop, Cardinal Philippe Barbarin, who has been  handed a suspended sentence by a Lyon Court for failing to report allegations that Preynat had abused boy scouts in his Diocese.

At the time of the alleged abuse, Cardinal Barbarin was not the head of the Diocese of Lyon, but he left Preynat in his position in the parish until 2015.

A communiqué released on Thursday by the French Episcopal Conference said the formula used by the ecclesiastical collegial Court, in charge of the criminal proceedings, is that Father Bernard Preynat “has been found guilty of committing criminal offenses of a sexual nature against minors under  the age of sixteen.” During a 20 year period starting in the 1970s, Preynat was in charge of a group of scouts at Sainte-Foy-lès-Lyon that was not directly connected to the main Scout movement, and therefore was not subjected to inspections. Decades later, an association named “La Parole Libérée” revealed the scale of the abuse, which affected dozens of adolescents.

In view of the complainants’ requests for compensation, Cardinal Barbarin asked for the statute of limitations to be waived. This allowed the juridical process to go forward with the trial beginning on  6 August 2018.

"In light of the facts and their recurrence; the large number of victims; the fact that Bernard Preynat abused the authority vested in him within the scout group that he had founded and led since its creation, taking upon himself the roles of leader and of chaplain; the Court has decided to impose the maximum penalty under Church law in such a case, namely, the removal of his status as a priest."

Preynat has one month to appeal the ruling at the Court of the Congregation for the Doctrine of the Faith, after which the sentence could take effect.

The ecclesiastical Court will now examine the victims’ requests for financial compensation. Meanwhile, in the civil case against him, Cardinal Barbarin has been handed a six-month suspended sentence for not having removed Preynat from his parish despite various reports of misconduct. He is currently awaiting the outcome of his appeal that will be heard starting on 28 November.  In the meantime, the Diocese has been entrusted to the apostolic administrator, Bishop Michel Dubost, although Cardinal Barbarin remains the titular archbishop of Lyon.
FULL TEXT Release from Vatican News va - Image share from Google Images of B. Preynat
Posted by Jesus Caritas Est at 12:34 PM


How can any decent human support this foul institution...?