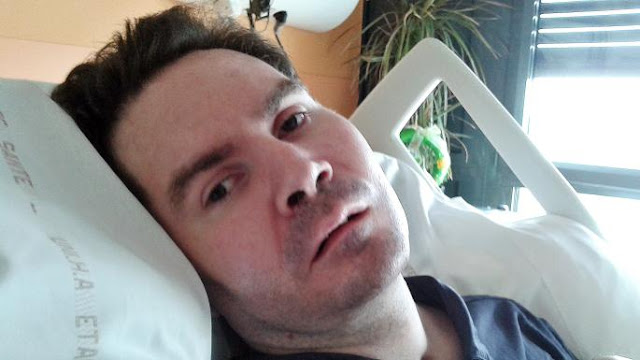 Life News reports that : Vincent Lambert, a 43 year-old former psychiatric nurse, was left cognitively disabled and in a minimally conscious state after a motorcycle accident injury in 2008. He has been at the centre of a highly controversial “right to die” case for the last six years.

His wife, Rachel, who is his legal guardian, has been petitioning along with doctors and other family members, to have his nutrition and hydration removed, while his parents have been campaigning to keep him alive.

Doctors at the hospital in Reims, northern France, have made five attempts previously to remove life support before being forced to reinstate it following court rulings obtained by Mr Lambert’s parents.

However, last Friday, France’s highest appeals court, the Cour de Cassation, overturned a ruling which allowed for Mr Lambert’s life support to continue. Now, in line with this ruling, Vincent Sanchez, the main doctor looking after Mr Lambert, has notified the family by email that he will shortly be removing his feeding tubes – meaning he will die of dehydration and starvation.

Mr Lambert gained a stay of execution in May, when The UN Committee on the Rights of Persons with Disabilities intervened and asked France to suspend the decision to halt the intravenous food and water keeping him alive while it conducted its own investigation. The French government rejected the request as “non-binding”.

“Please don’t let them murder my son”
On Monday, Lambert’s mother, Viviane, appealed to the UN to stop the murder of her son.

“I beg you, help us,” Madame Lambert told the UN Human Rights Council in Geneva.

“Without your intervention, my son, Vincent Lambert, will be euthanised because of his mental handicap,” she said.


John Deighan Deputy CEO of SPUC responded to the news:

“We are about to see the deliberate killing of a vulnerable person, who is not dying, because some members of his family do not want to see him in a diminished condition. No-one ever wants a family member to suffer mental disability but the real loving response is to support a person in their need. I can only imagine the anguish of his parents who will have to witness him being so callously killed by dehydration when they are desperate to care for him.  Those who participate in killing Mr Lambert cannot hide behind claims that they are following the law. No court can legitimately sanction the killing of an innocent human being. That’s the principle that was establish at Nuremberg; how can they dare to forget.”
Edited from Life News
Posted by Jesus Caritas Est at 10:17 AM