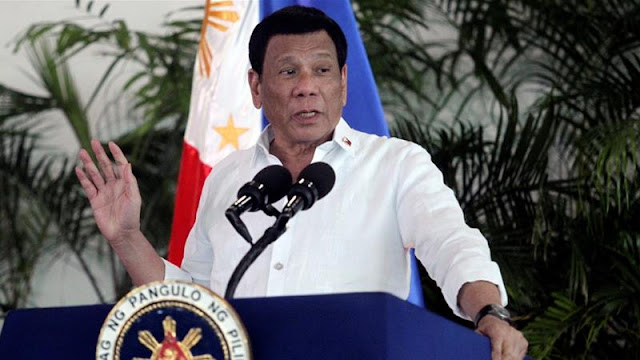 Sedition charges against four bishops and three priests are ‘beyond belief’
The police have laid charges against more than 40 people, actively opposing the abuses of Duterte’s rule, including the country’s vice president. For the head of the Bishops’ Conference, such accusations are “beyond belief”.


Manila (AsiaNews/Agencies) – Sedition charges against four bishops and three Catholic priests are “beyond belief,” writes Mgr Romulo Valles, president of the Catholic Bishops’ Conference of the Philippines (CBCP). For him, the clergymen’s “sincerity, decency, respectfulness and love for our country and our people are beyond doubt."

A few days ago, the police's Criminal Investigation and Detection Group filed charges of inciting sedition, cyber libel, libel and obstruction of justice against more than 40 people, including the country's vice president and 35 members of the opposition.

The charges are "a desperate move to suppress dissent," said Fr Reyes. "It's a pathetic attempt to distract people from the serious issue of the shift to totalitarianism," he added, noting that it could be "a wake-up call for the undecided and the indifferent."

"The move is obviously meant to scare the hell out of these churchmen and eventually silence them," said Fr Jerome Secillano, chairman of the CBCP Public Affairs Office.

"They are neither fighting the government nor Duterte. What they are against are the repressive policies that put so much burden on the poor and on those who oppose them," explained Fr Secillano.
FULL TEXT Source: AsiaNews IT
Posted by Jesus Caritas Est at 9:19 AM

When you have a wannabe dictator as your president.