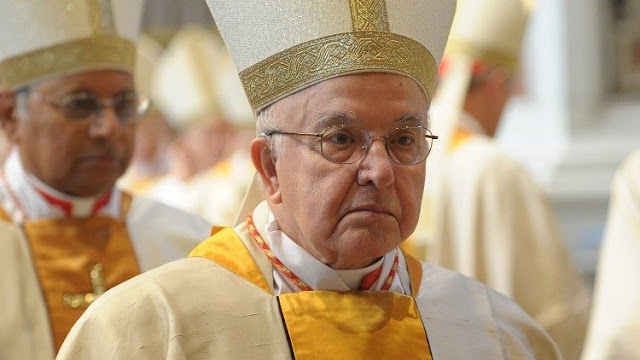 In a telegram to the current Military Ordinary of Spain, Archbishop Juan del Río Martín, the Holy Father, while conveying his condolences and spiritual closeness to the relatives of Cardinal Estepa, also remembered with gratitude the fruits of “his constant and generous service to the Church”.

A priest of Madrid Archdiocese, Card. Estepa Llaurens was appointed Auxiliary Bishop of the Archdiocese in 1972.

He served as the Archbishop of the Military Ordinariate of Spain for 20 years from 1983 until his retirement in 2003.

Card. Estepa Llaurens served as a member of the commission of 6 bishops that edited the 1992 Catechism of the Catholic Church and helped in overseeing the release of its Spanish translation.

With the death of Card. Estepa Llaurens, the numbers of cardinals worldwide now stands at 218, of whom 120 are below 80 years of age and hence are eligible to vote in a conclave for a new pope.
FULL TEXT Source: Vatican News va
Posted by Jesus Caritas Est at 12:17 PM