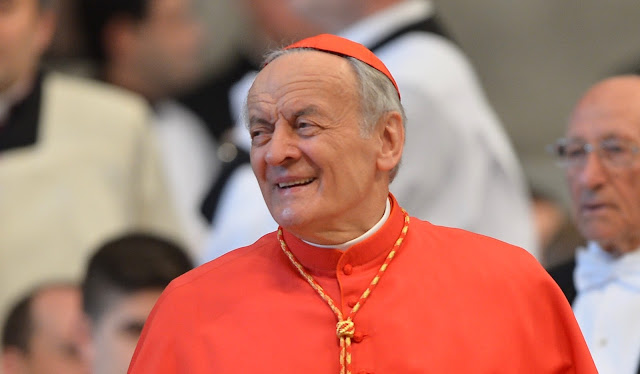 Pope Francis’ “heartfelt” condolences are addressed to Mr Pietro Sardi, late Cardinal Sardi’s brother. In his note, the Pope expresses his gratitude to the Cardinal for having placed “the greater part of his life at the service of the Holy See”. Pope Francis continues saying that Cardinal Sardi “has made a valid contribution to the Magisterium of Saint Paul VI, Saint John Paul I, Saint John Paul II and Benedict XVI”. The Pope concludes the telegram by saying that Cardinal Sardi was a good and vigilant servant, and so, faithful to his episcopal motto: esto vigilans (be watchful). Finally, he says “we trust that, accompanied by the Virgin Mary, Saints Peter and Paul and the Holy Bishop Guido of Acqui, he [Cardinal Sardi] will be welcomed into the eternal banquet of Heaven.”

Cardinal Pietro Sardi died on July 13th,  age 84. He was born on September 1st, 1934 in a small town in the northern Italian Diocese of Acqui. He was ordained priest in 1958 and named Cardinal in 2010, when he became Patron of the Order of Malta. Three years later, in 2013, Cardinal Sardi was part of the March conclave that elected Pope Francis.