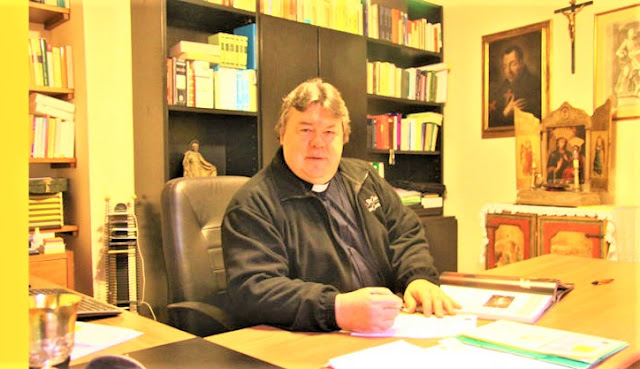 AMERICA/BRAZIL - "I gave my whole life to the Order": the Minister General of the Camillian Missionaries before dying Thursday, 25 July 2019
2019-07-25
Granja Viana (Agenzia Fides) - On the night of 24 July, Father Leocir Pessini, Superior of the Order of Ministers of the Sick (Camillians), passed away due to the worsening of a serious illness. The news was sent to Agenzia Fides by the Secretary General of the Camillians, Fr. Gianfranco Lunardon.
Fr. Leocir, originally from Joaçaba, a city in the State of Santa Caterina in Brazil, comes from a family of Italian origins. A priest since 1980, he has always cultivated a great passion for the Camillian charism, the care of the sick, the humanization of the health world, the teaching of bioethical disciplines. Elected Superior General of the Order in June 2014, Fr. Pessini visited all the communities of the Order, met the confreres at all latitudes (39 nations), sharing with them efforts and hopes in the great challenge of embodying the charism of caring for the sick and teaching others to do the same.
"After the discovery of the disease, in September 2017, the Minister General spent a few months of therapy in Rome and from March 2019 he moved to San Paolo. The care on behalf of doctors, confreres and the affection of his parents and sisters, accompanied and consoled him in his encounter with the good and merciful face of God the Father", reads the note sent to Agenzia Fides.
"Before he died, Father Leo blessed those present - continued Fr. Lunardon. He expressed gratitude to everyone and wanted to reaffirm the commitment that characterized his existence: "I gave my whole life to the Order". To his mother, who was crying with his father and sister, he said: "they are tears of love, of pain and of dignity". (AP) (FULL TEXT Agenzia Fides, 25/7/2019)
Posted by Jesus Caritas Est at 10:12 AM