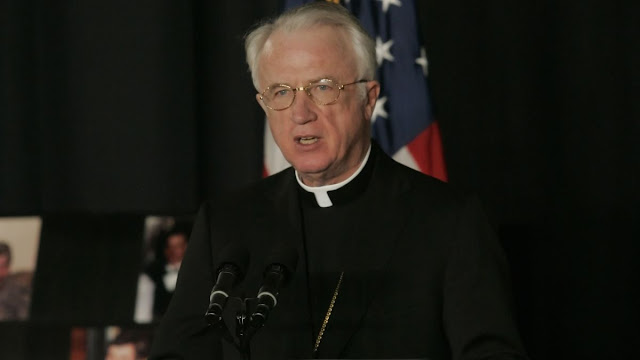 On Friday, the Diocese of Wheeling-Charleston, in the US state of West Virginia, released a communique from the Apostolic Nunciature in the United States, detailing “disciplinary measures” for Bishop Michael J Bransfield.

Bishop Bransfield served as Ordinary for Wheeling-Charleston from 2005 until 2018, when his resignation was accepted by Pope Francis immediately following his 75th birthday. At that time, the Holy Father appointed Archbishop William Lori of Baltimore as Apostolic Administrator of the Diocese, and instructed him to conduct an investigation into allegations of sexual harassment of adults and financial improprieties made against Bishop Bransfield.

The Diocese of Wheeling-Charleston is a suffragen of the Metropolitan See of Baltimore.

Earlier this year, Archbishop Lori wrote a letter to the priests and faithful of the Diocese of Wheeling-Charleston, explaining the findings of his investigation. He revealed that his “investigative team determined that the accounts of those who accused Bishop Bransfield of sexual harassment are credible.” The investigation further determined that “Bishop Bransfield engaged in a pattern of excessive and inappropriate spending.”

Friday’s communique from the Nunciature stated that, “based on the findings of the investigation,” Pope Francis has decided on a number of disciplinary measures for Bishop Bransfield. Specifically, he is prohibited from residing in the Diocese of Wheeling-Charleston; he is prohibited from presiding or participating anywhere in any public celebration of the Liturgy; and he is obligated to make personal amends for some of the harm he has caused. “The nature and extent of the amends” will be decided “in consultation with the future Bishop of Wheeling-Charleston.”

The Nunciature’s statement concludes: “In taking these concrete actions, the Holy See expresses its sincere concern for the clergy, religious and laity of the Diocese of Wheeling-Charleston.”
FULL TEXT Release from VaticanNews va
Posted by Jesus Caritas Est at 12:24 PM