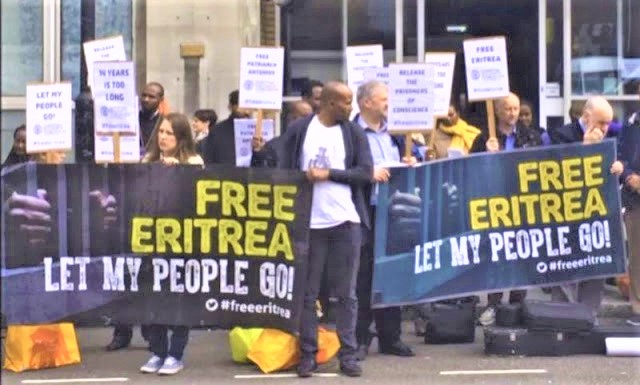 WWM Release: At least 150 Eritrean Christians were arrested by government officials during the last two months, with some of them held in an underground prison made up of tunnels.

The most recent arrests occurred 18 August when Eritrean security officials detained 80 Christians from Godayef, an area near the airport of the capital, Asmara. They were taken to a police station and have been held there ever since, a local source told World Watch Monitor.
Four days later, on 22 August, the United Nations observed its first annual commemoration of victims of religiously motivated violence. “On this day, we reaffirm our unwavering support for the victims of violence based on religion and belief. And we demonstrate that support by doing al in our power to prevent such attacks and demanding that those responsible are held accountable,” said UN Secretary-General António Guterres.
Eritrea’s government current clampdown on Christians began 23 June when Eritrean security officials arrested 70 members of the Faith Mission Church of Christ, in Eritrea’s second city, Keren.
The church’s members, among them 35 women and 10 children, were taken to Ashufera prison, 25kms from the city.
The prison is a vast underground tunnel system and the conditions in which the detainees are held are very harsh, the local source said. It’s location far from a main road, the source said, “means that anyone who wants to visit loved ones there will have to walk a minimum of 30 minutes to reach the entrance. Inmates are forced to dig additional tunnels when officers need extra space for more prisoners.”
After the arrests, the government officials also closed the church-run school, said the local source, whose identity World Watch Monitor is withholding for security reasons.
The Faith Mission Church of Christ was the last church still open in the majority-Muslim city 90kms northwest of Asmara. It was established more than 60 years ago and once had schools and orphanages all over the country, according to religious freedom advocacy group CSW.
It had been waiting for registration since it submitted an application in 2002 when the government introduced a new law that forbids all Churches except for the Orthodox, Catholic and Evangelical Lutheran Churches, as well as Sunni Islam.
On 16 August, six Christians, also from Keren and who were government employees, were taken to a court in Asmara where the judge told them to renounce their faith. The six responded by saying they would “not negotiate their faith” and would “continue following Jesus,” the source said. “Reportedly, the judge angrily told them to leave while he considers the next steps. They don’t know when to expect his decision.”
The government clampdown has sent other Christians in Keren into hiding, the source said.
It follows the government’s June seizure of all Catholic-run health clinics in the country, and the arrest of five Orthodox priests. The moves prompted the UN Special Rapporteur for human rights in Eritrea, Daniela Kravetz, to call on the government to uphold religious freedom for its citizens and “release those who have been imprisoned for their religious beliefs.”
In May, a monitoring group for the UN said “thousands” of Christians are facing detention as “religious freedom continue[s] to be denied in Eritrea” and questioned why the UN was not monitoring the situation more closely.
Earlier this month, Eritrea’s Orthodox patriarch, Abune Antonios, was expelled by pro-government bishops of his church on accusations of heresy. Antonios had been under house arrest since 2007, when he refused to comply with the regime’s attempts to interfere with church affairs.
Eritrea is 7th on the Open Doors 2019 World Watch List of the 50 countries in which it is most difficult to live as a Christian.
Source: (VaticanNews.va )World Watch Moniter Full Text Release