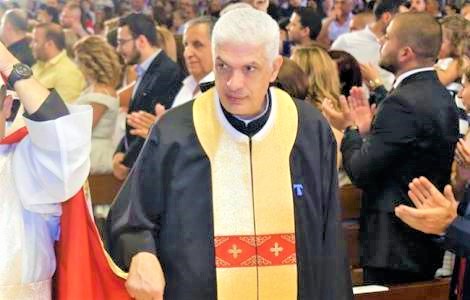 ASIA/LEBANON - Maronite priest found dead in Mar Shaaya monastery
2019-08-08 Maronite priest found dead in Mar Shaaya monastery
Beirut (Agenzia Fides) – On August 7, Fr. Elie Najjar, who belonged to the Antonine Maronite Order, was found in his bedroom in the Mar Shaaya Monastery with a gunshot wound to the head. He was 57 years old, from the Lebanese city of Zahle, in the Beqa Valley, Father Elie was also president of the municipality of Mar Shaaya- Mezkeh, (district of al-Matn), whose territory belongs largely to the Antonine Order. The day before his lifeless body was found, Father Elia also went to the town hall to carry out ordinary duties related to the public function he held. The religious was known and appreciated for his pastoral work within the religious congregation to which he belonged. The same Antonine Maronite Order has asked the investigating authorities to ascertain the dynamics of the violent death in a place frequented also by those who want to live moments of prayer and meditation. At the moment, a suicide attempt has not been excluded. Lebanese information sources, such as lebanondebate.com, refer to the discovery of a note in which the religious asked for forgiveness for the gesture he made. Interior Minister Raya el-Hassan expressed his condolences to the Antonine Maronite Order, the Municipality of Mar Shaaya-Mezkeh and the family of the religious. The priests' funeral will be celebrated today, Thursday 8 August, at 3pm. Father Elie will be buried in Mar Roukoz convent in Dekwaneh, which also belongs to the Antonine Maronite Fathers. (GV) (Full Text Release by Agenzia Fides, 8/8/2019)