Pope Francis says Popular movements are “a source of moral energy to revitalize our democracies.” in Rerum Novarum of our Time 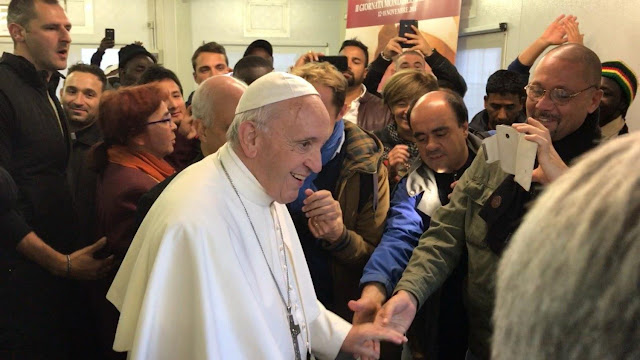 Pope Francis gives boost to popular movements in book preface
Pope Francis writes a preface to a new book compiling 5 years of research into thousands of associations, which he says act as “a lever for profound social transformation”.
By Vatican News

“The Emergence of Popular Movements: Rerum Novarum of our time” is the title of a new book published in Spanish by the Vatican Publishing House (LEV) and prepared by the Pontifical Commission for Latin America.

The book explores the series of World Meetings held in the Americas since 2014, attended by thousands of representatives of popular movements.

Social transformation
In his preface, Pope Francis said people who live in the existential peripheries of society are not merely a sector of the population that must be reached by the Church. Rather, they are “a sprout that, like a mustard seed, will bear much fruit”. The Pope called popular movements that represent these people “a lever for profound social transformation”.

People on the peripheries, he said, are not passive recipients of social assistance but active protagonists of their own futures.

“Popular movements,” said the Pope, “represent an important social alternative, a cry from the depths, a sign of contradiction, and a hope that ‘anything can change’.”

He added that their way of resisting the “tyranny of money” through toil and suffering shows that popular movements are “sentinels” of a better future.

Revitalize democracy
Pope Francis went on to say humanity is facing an epochal change characterized by fear, xenophobia, and racism.

Popular movements can counteract that tendency, he said, because they are “a source of moral energy to revitalize our democracies.”

“The antidote to populism and political showmanship lies in the efforts of organized citizens,” said the Pope, adding that they promote the experience of the “we” over the cult of the self.

Value of work vs. throw-away culture
The Holy Father concluded the preface with a reflection on human labor as a sacred right that must be safeguarded, in line with the Social Doctrine of the Church.

“Popular movements are a concrete, tangible witness demonstrating that it is possible to contrast our throw-away culture… with the creation of new forms of work that are centered on solidarity and the community”.

Finally, Pope Francis called for a “new humanism” to overcome the lack of compassion and care for the common good which has become so prevalent in our day.
FULL TEXT Source: VaticanNews.va
Posted by Jesus Caritas Est at 11:22 AM