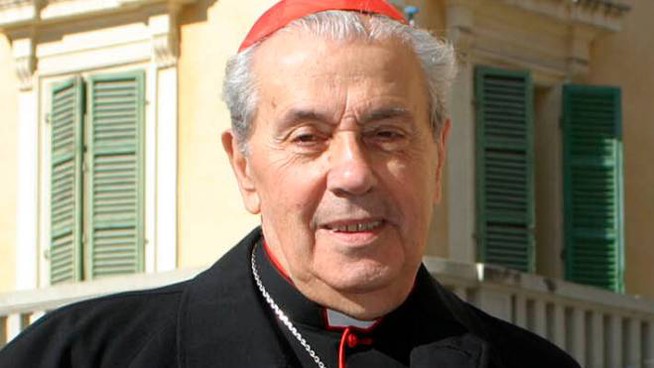 Death of Cardinal Achille Silvestrini
The Italian cardinal, a great figure of Vatican diplomacy, died on Thursday 29 August 2019, just weeks before his 96th birthday.
Born in Brisighella in northeastern Italy in 1923, Achille Silvestrini entered the diocesan seminary at the age of 19, before being ordained a priest in July 1946. After studying at the Roman Lateran University, he entered the prestigious Pontifical Ecclesiastical Academy, which trained the diplomatic staff of the Holy See. Then begins a long and prolific career at the Secretariat of State, where he deals with issues related to Asia (China, Vietnam, Indonesia).

He then became the close collaborator of the Secretaries of State Domenico Tardini and Amleto Giovanni Cicognani during the pontificates of St. John XXIII and John Paul I. He is then responsible for relations with international organizations; as such, it deals with issues of peace and disarmament. He then became a figurehead of the Vatican ostpolitik advocated by Cardinal Agostino Casaroli, then Secretary of State, and accompanied him to Moscow in 1971 to deposit the accession of the Holy See to the Non-Proliferation Treaty. nuclear. In 1979, he was appointed Secretary for Relations with States; the diplomatic missions entrusted to it in the course of its functions are innumerable: Malta, Buenos-Aires (Falklands crisis), Nicaragua and Salvador, Poland, Syria and Lebanon, etc.

Saint John Paul II created him cardinal during the consistory of June 28, 1988, and named him three days later Prefect of the Supreme Tribunal of the Apostolic Signatura. From 1991 to 2000, he also served as prefect of the Congregation for the Eastern Churches.

He lost his cardinal-elector status in 2003, when he was 80 years old, and therefore did not participate in the conclaves of 2005 (election of Benedict XVI) and 2013 (election of François).

He was also very attentive to young people, as evidenced by his close proximity to Maison Nazareth, a university institution founded in 1946 by Cardinal Tardini, of which he was president. This structure welcomes free students with a brilliant and exemplary school career, but whose parents can not pay for their studies.
FULL TEXT Source: https://www.vaticannews.va/fr/vatican/news/2019-08/deces-cardinal-achille-silvestrini.html
Posted by Jesus Caritas Est at 11:06 AM