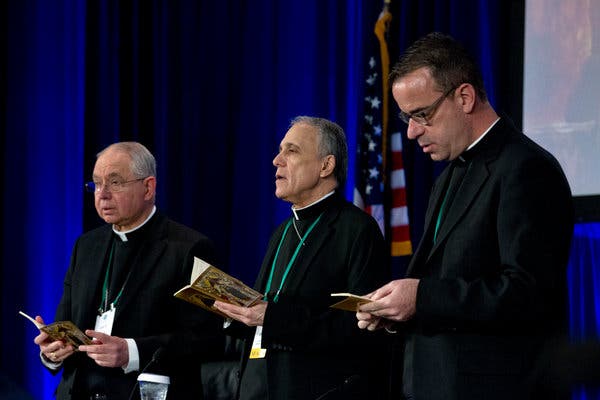 In Wake of Horrific, Hate Filled Violence in El Paso, USCCB Migration Chairman, Domestic Social Development Chairman, and Chairman of the Ad Hoc Committee on Racism Call for Change in Language and Rhetoric of All Americans
WASHINGTON— Today, Bishops from three committees at the United States Conference of Catholic Bishops (USCCB) expressed their deep concern about racism and xenophobia that apparently motivated this weekend’s massacre in El Paso and that have motivated numerous other recent mass shootings in the United States. The Chairmen called on our elected officials to exert leadership in seeking to heal the wounds that these shootings have caused and to deal with the scourges of racism, xenophobia, and religious bigotry, including refraining from expressing hurtful, painful, and divisive rhetoric that dehumanizes and polarizes people on the basis of their race, religion, ethnicity, or national origin.   Bishop Joe S. Vásquez of Austin, chairman of the Committee on Migration, Bishop Frank J. Dewane, Bishop of Venice, FL, chairman of the Committee on Domestic Social Development, and Bishop Shelton J. Fabre, Bishop of Houma-Thibodaux, chairman of the Ad Hoc Committee Against Racism offered the following comments.

“The tragic loss of life of 22 people this weekend in El Paso demonstrates that hate-filled rhetoric and ideas can become the motivation for some to commit acts of violence. The anti-immigrant, anti-refugee, anti-Muslim, and anti-Semitic sentiments that have been publicly proclaimed in our society in recent years have incited hatred in our communities. Hatred and harsh rhetoric were echoed in the El Paso shooter’s explanation about why he committed this weekend’s shooting, as well as being evident in the motivation of the shooters who attacked the Tree of Life Synagogue in Pittsburgh last year and the Mother Emanuel AME Church in Charleston in 2015. We, therefore, renew our call to all to act swiftly to stop using hate-filled language that demeans and divides us and motivates some to such horrific violence. Instead, we ask our leaders and all Americans to work to unite us as a great, diverse, and welcoming people.”
Full Text Press Release USCCB
Posted by Jesus Caritas Est at 9:34 AM

Well there goes all my fun saying, "Libtard" to describe persons who call themselves liberal but who are unlike the Free Speech demonstrators at Berkeley in 1964. My observation is that the thrust of postmodernity is to do away with tradition, Christendom, free practice of religion together with free speech. Our body of laws in England and the US are built on the ideology that man is created in the image and likeness of Almighty God. Our "Liberals" today reject all of these. I will have to find a better word as a shorthand for this. A word that is less fun but also less troll-y, for I have nothing against persons who are slow, only against those who believe themselves so compassionate that in their zeal to protect, they have become mean-spirited.