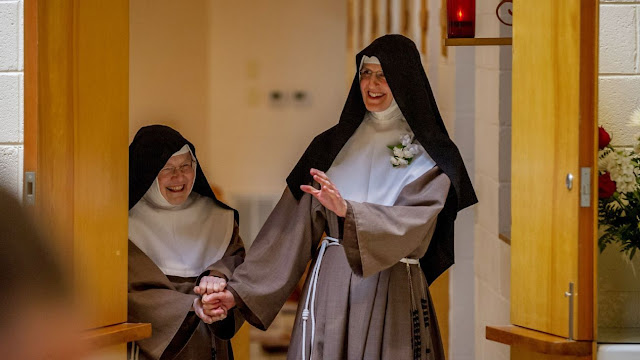 SHE LEFT WITH the clothes on her back, a long blue dress and a pair of shoes she'd never wear again. It was June 8, 1991, a Saturday morning, and Shelly Pennefather was starting a new life. She posed for a family photo in front of her parents' home in northern Virginia.

All six of her brothers and sisters were there.

Twenty-five years old and not far removed from her All-America days at Villanova, Pennefather was in her prime. She had legions of friends and a contract offer for $200,000 to play basketball in Japan that would have made her one of the richest players in women's basketball.

Dear Reader, Please consider a small Donation to Catholic News World, a Mission, which brings the Gospel to over 200 Countries World Wide! Easy Just Click the LINK below!
If you do not support Christian media who will?
Every little bit helps - as a Donor you and your Family will be added to our Church Prayers - You can add your prayer intention on the Donation site "Donor Wall":
https://donorbox.org/support-catholic-news-world-we-need-

She had talked about having lots of them with John Heisler, a friend she'd known most of her life. Heisler nearly proposed to her twice, but something inside stopped him, and he never bought a ring.

That Saturday morning in 1991, Pennefather drove her Mazda 323 to the Monastery of the Poor Clares in Alexandria, Virginia. She loved to drive. Fifteen cloistered nuns waited for her in two lines, their smiles radiant.

SHARE this Amazing True Story to Inspire others to give their all for Jesus!

She turned to her family. "I love you all," she said.

The door closed, and Shelly Pennefather was gone.


IT'S BEEN 28 YEARS since Pennefather left home to become Sister Rose Marie of the Queen of Angels, and I'm standing outside the family's house in Manassas, Virginia, on a warm June day, searching for answers.

I spent eight years in Catholic schools, with lessons in history from Sister Agnes Marie and kindness from Sister Rosetta. We knew that on Sundays, if you're breathing, you'd better be at Mass.

The Poor Clares are one of the strictest religious orders in the world. They sleep on straw mattresses, in full habit, and wake up every night at 12:30 a.m. to pray, never resting more than four hours at a time. They are barefoot 23 hours of the day, except for the one hour in which they walk around the courtyard in sandals.

They are cut off from society. Sister Rose Marie will never leave the monastery, unless there's a medical emergency. She'll never call or email or text anyone, either.
She gets two family visits per year, but converses through a see-through screen. She can write letters to her friends, but only if they write to her first. And once every 25 years, she can hug her family.
That's why we are here in early June 2019, to witness the 25-year anniversary of her solemn profession and the renewal of her vows.

The Poor Clare nuns enter this radical way of life because they believe that their prayers for humanity will help the suffering, and that their sacrifice will lead to the salvation of the world.
Mike, died of skin cancer, which had spread too far when doctors found it, but he went quickly, which Mary Jane considers a blessing. Sister Rose Marie couldn't go to her father's funeral back in 1998. She was in the monastery. But she wrote a letter that they read out loud, and her brother Dick says it was probably the most touching part of the service.

The 2018 Official Catholic Directory lists 45,100 sisters in the United States. But cloistered nuns, with all of their combined orders, account for only a fraction of that number. The Poor Clare Colettines, according to the directory, have about 160 sisters in this country.


At nighttime, Mary Jane would gather the whole family together to pray the rosary. It didn't matter if it was midnight; she waited until everyone was home.

The rosary is considered one of the most powerful symbols in Catholicism.


Pennefather did have the most beautiful shooting touch in all of women's basketball. She scored 2,408 points, breaking Villanova's all-time record for women and men. She did it without the benefit of the 3-point shot, and the record still stands today.

In 1987, she won the Wade Trophy, given to the best women's college basketball player.

Sports Illustrated did a story on Pennefather's rare sacrifice in the late 1990s, but her boyfriend Heisler's name wasn't mentioned.

Eight years later, he was ordained and is now Father John Heisler.

She was in Japan that first year and wanted to go home. "So I made this deal with God," she said. She told them that the missionary work moved her so much that she went back every summer after that. One year, she was invited to a retreat, where she was asked to read a Bible verse, John 6:56: "Whoever eats my flesh and drinks my blood remains in me, and I in him."


"I love this life," she told them. "I wish you all could just live it for a little while just to see. It's so peaceful. I just feel like I'm not underliving life. I'm living it to the full."

What a wonderful story! I appreciate the Faith that you all have. I am a Secular Franciscan
and worked in the Infirmary with the elder Sisters. I am so thankful that you have all given your lives to Jesus. Please pray for me and for peace in our world.