Bishops of Nigeria Support the Pope saying “The Holy Father Pope Francis has come under attacks in recent times....we regard these attacks as the proverbial ill...” Full Text Communique 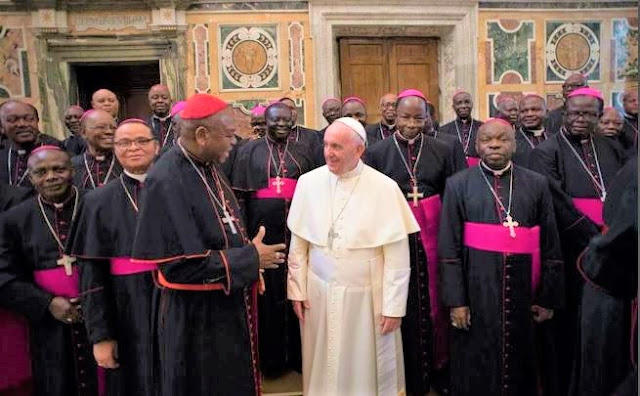 A recent Communiqué issued at the end of the Second Plenary Meeting of the Catholic Bishops’ Conference of Nigeria.
The Catholic Bishops of Nigeria notably pledged their support for the Holy Father, Pope Francis and discussed other issues affecting their nation. An excerpt of this Full Text communique was also posted on VaticanNews.va.
PREAMBLE
We, the Catholic Bishops of Nigeria  (CBCN)  held our Second Plenary Meeting for the year at the Divine Mercy Pastoral Centre, Agbamaya, Obada-Oko, Abeokuta, Ogun State from 11-20 September 2019. Having prayerfully reflected on issues affecting the Church and the Nigerian State, we now issue this Communiqué.
MOVING BEYOND PRECARIOUS LIVING IN NIGERIA
IN COMMUNION WITH THE HOLY FATHER POPE FRANCIS