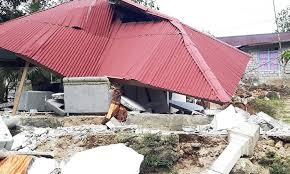 
Jakarta (AsiaNews) – The tragic death toll from the 6.5 earthquake on the Richter scale that struck Ambon, the port city and capital of the province of Maluku, has reached by 24.

A few hours after the tremor, local authorities issued a statement excluding the possibility of any tidal wave.

One hundred people were injured, mainly in the village of Liang, and are currently recovering in various hospitals in Ambon.

Meanwhile, 15,000 people are still on higher ground, as the earthquake caused extensive damage to residential areas.

More than 170 buildings were damaged. A small crack can be seen on the Merah Putih bridge, which crosses the Bay of Ambon.