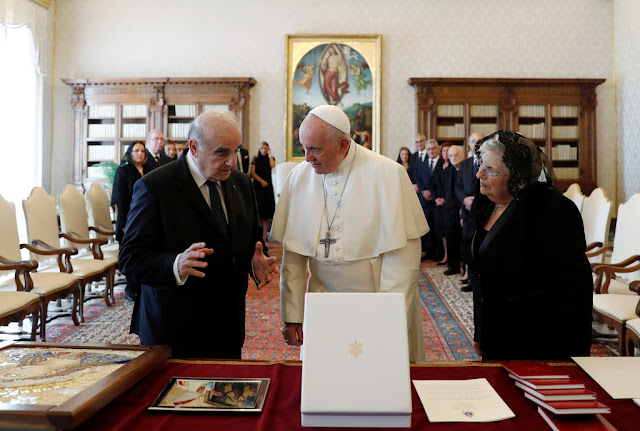 Pope and Malta President discuss migration
Pope Francis receives the President of Malta in audience in the Vatican.
By Linda Bordoni

Pope Francis and Maltese President George Vella engaged in “cordial talks and discussed the phenomenon of migration to Europe” during an audience on Monday morning in the Vatican.

According to the Holy See Press Office, the two leaders expressed satisfaction for the good state of relations between Malta and the Holy See, highlighted the importance of religious values in the culture and life of the Maltese people and discussed the contribution of the Catholic Church in the field of education.

Migration
A Press Office statement also revealed that the Pope and the President set some time aside to consider some of the challenges faced by the Mediterranean island nation regarding the phenomenon of migration towards Europe.

Malta, like other Mediterranean countries such as Italy, Greece and Spain, is at the frontline in dealing with migration through the Mediterranean route. Ongoing discussions at a global and at a EU level have seen the country demand more responsibility sharing.

Pope Francis and President Vella focused on how the migration phenomenon strongly involves the Church and is not to be separated from environmental protection.

Finally, there was an exchange of views on various regional situations, with particular reference to the Mediterranean.
Full Text Source: Vatican News.va
Posted by Jesus Caritas Est at 9:41 AM