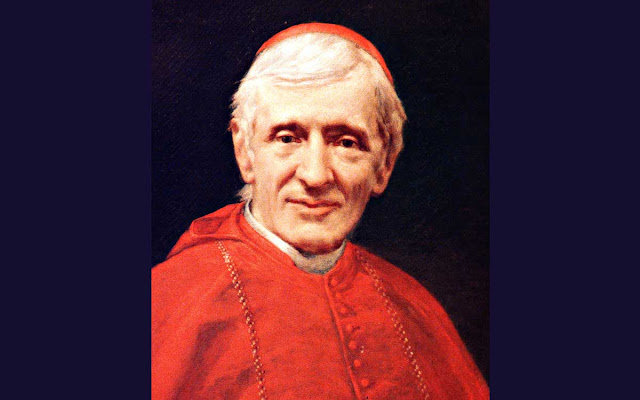 Catholic Ireland reports that Prince Charles, the Prince of Wales, will attend the canonisation of Cardinal John Henry Newman in Rome on 13th October.

The announcement was made by Clarence House, the official residence of the heir to the British throne.

Next month’s event will be the first canonisation of an English saint since the 1970 canonisation of the Forty Martyrs, men and women, lay and religious, who were victims of the English parliament’s programme of persecuting Catholics during the 16th and 17th centuries.

Cardinal Archbishop Vincent Nichols of Westminster said he is delighted that Prince Charles will be leading the UK delegation to the canonisation ceremony in St Peter’s Square.

“His ministry, especially among the poor, is a permanent sign of the Church’s pastoral compassion and a challenge to us all today.”

Archbishop Nichols said it was particularly appropriate that Prince Charles led the delegation. “As one who has been a lifelong champion of the spiritual in everyday life, to promote understanding between faiths, and who has sought to alleviate poverty and disadvantage through his charitable work, the Prince of Wales is particularly qualified to mark the canonisation, which will be such a significant and joyful moment for this country.”

Born in 1801, Cardinal Newman was an Anglican priest before he converted to Catholicism while a teacher of theology at Oxford University. After being ordained a Catholic priest, he served in Dublin where he was instrumental in establishing the Catholic University of Ireland, which subsequently evolved into University College Dublin.

He was made a cardinal by Pope Leo XII in 1879. Privately, he was an accomplished poet, and he wrote the popular hymn “Lead, Kindly Light”. He died in 1890.

When he is canonised, he will be the fifth saint of the City of London; the others being Thomas Becket, Thomas More, Edmund Campion and Polydore Plasden.