Saint September 3 : St. Gregory the Great a Pope and Patron of Singers, Teachers, Against Plagues with Novena Prayer 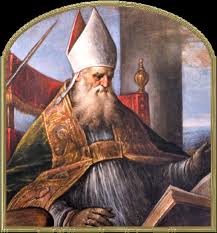 Doctor of the Church; born at Rome about 540; died 12 March 604. Gregory
is certainly one of the most notable figures in Ecclesiastical History. He has exercised in many respects a momentous influence on the doctrine, the organization, and the discipline of the Catholic Church. To him we must look for an explanation of the religious situation of the Middle Ages; indeed, if no account were taken of his work, the evolution of the form of medieval Christianity would be almost inexplicable. And further, in so far as the modern Catholic system is a legitimate development of medieval Catholicism, of this too Gregory may not unreasonably be termed the Father. Almost all the leading principles of the later Catholicism are found, at any rate in germ, in Gregory the Great. (F.H. Dudden, "Gregory the Great", 1, p. v).
This eulogy by a learned non-Catholic writer will justify the length and elaboration of the following article.
From birth to 574
Gregory's father was Gordianus, a wealthy patrician, probably of the famous gens Amicia, who owned large estates in Sicily and a mansion on the Caelian Hill in Rome, the ruins of which, apparently in a wonderful state of preservation, still await excavation beneath the Church of St. Andrew and St. Gregory. His mother Silvia appears also to have been of good family, but very little is known of her life. She is honoured as a saint, her feast being kept on 3 November. Portraits of Gordianus and Silvia were painted by Gregory's order, in the atrium of St. Andrew's monastery, and a pleasing description of these may be found in John the Deacon (Vita, IV, lxxxiii).
Besides his mother, two of Gregory's aunts have been canonised, Gordianus's two sisters, Tarsilla and Æmiliana, so that John the Deacon speaks of his education as being that of a saint among saints.
Of his early years we know nothing beyond what the history of the period tells us. Between the years 546 and 552 Rome was first captured by the Goths under Totila, and then abandoned by them; next it was garrisoned by Belisarius, and besieged in vain by the Goths, who took it again, however, after the recall of Belisarius, only to lose it once more to Narses. Gregory's mind and memory were both exceptionally receptive, and it is to the effect produced on him by these disasters that we must attribute the tinge of sadness which pervades his writings and especially his clear expectation of a speedy end to the world.

St. Gregory, you are known for your zeal for the Catholic faith, love of liturgy, and compassion and mercy toward those in need.  Please help and guide us so that we may share in these virtues and thereby bring Jesus into the hearts of our families and all we encounter.  We especially ask for blessings on our parish family, our priests and our deacons.

I also ask that you graciously intercede for me before God so that I might be granted the special assistance and graces that I seek (state personal intentions here.).  Help me to live as a faithful child of God and to attain the eternal happiness of heaven.
St. Gregory the Great pray for us.   Amen (Say for 9 Days - Say 1 Our Father, 1 Hail Mary and 1 Glory Be each day of the Novena) (Novena from https://stgregorythegreatchurch.org)