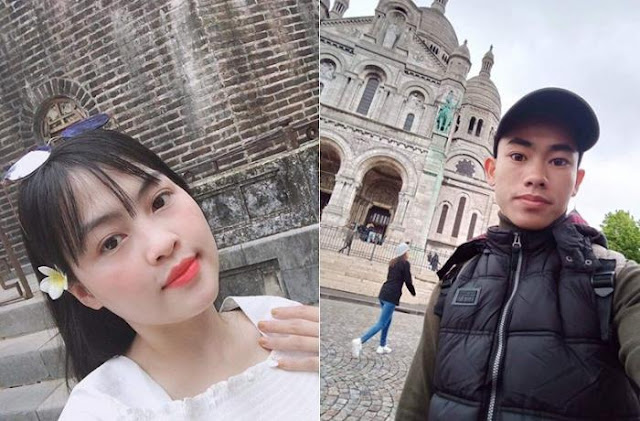 Essex: perhaps two Vietnamese among the 39 dead in the refrigerated truck
A Vietnamese community organization has been contacted by at least 10 families who have lost contact with immigrant relatives.  In addition to the truck driver, the police arrested a British couple and a 48-year-old Northern Irish man.  Investigation into human trafficking.

London (AsiaNews / Agencies) - "I'm sorry Mom. My path to abroad doesn't succeed. Mom, I love you so much! I'm dying bcoz I can't breathe."  This is the last message that Pham Thi Tra My, a young Vietnamese aged 26, sent to her family.  Investigators believe that the girl is among 39 victims found in a refrigerator truck in Essex, on the outskirts of London.  Together with her, investigations focus on identifying another 20-year-old Vietnamese boy, Nguyen Dinh Luong.  The family has not heard from him since October 21 last, when he would have left for London, paying 14 thousand dollars for transport, to go to work in a beauty center.
At first the English authorities believed that the bodies found were all Chinese.  Meanwhile investigations have led to the arrest of four people continue.  They are the driver of the articulated vehicle, the 25-year-old Irishman Mo Robinson, accused of murder;  a 38-year-old couple living in Warrington (northeast British) and a 48-year-old North Irishman stopped at Stansted airport.  These last three are under investigation for aiding illegal immigration and human trafficking.

British investigators have uncovered a network of traffickers with branches in Ireland, the truck driver's country of origin, in Belgium and Bulgaria.  The driver, 25-year-old Mo Robinson, had left Laurelvale, Co Armagh, to go by ferry from Dublin to Holyhead (North Wales) and collect the container.  The truck is registered in Bulgaria on behalf of an Irish company.

The container had arrived in Zeebrugge (Belgium) on October 22nd and transferred to the port of Purfleet in Essex on the same day.  From here, with the truck, it was transported to the Waterglade industrial park in Thurrock (Essex), where an ambulance made the gruesome discovery, revealing the presence of 31 men and eight women frozen dead.

For the British police, this is the worst case of human trafficking in almost 20 years.  Another terrible case occurred in 2000, when 58 bodies of Chinese were found in a Dutch container in Dover.  Even that container had been loaded by Zeebrugge.

VietHome, an organization of the Vietnamese community, has been contacted by at least 10 desperate families, who no longer have contacts with relatives who have emigrated abroad.  It is therefore feared that among the victims there are other citizens of Southeast Asia.  Hanoi's  London embassy is coordinating investigations with the British police, looking for evidence linking missing persons with family reports.
Full Text Source: AsiaNews.it
Posted by Jesus Caritas Est at 10:33 AM