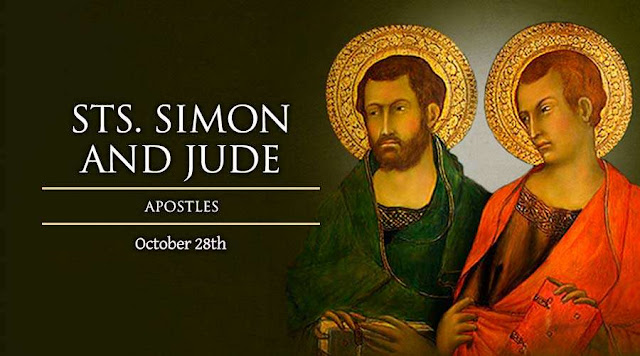 Jesus went up to the mountain to pray,
and he spent the night in prayer to God.
When day came, he called his disciples to himself,
and from them he chose Twelve, whom he also named Apostles:
Simon, whom he named Peter, and his brother Andrew,
James, John, Philip, Bartholomew, Matthew,
Thomas, James the son of Alphaeus,
Simon who was called a Zealot,
and Judas the son of James,
and Judas Iscariot, who became a traitor.
Posted by Jesus Caritas Est at 9:45 AM