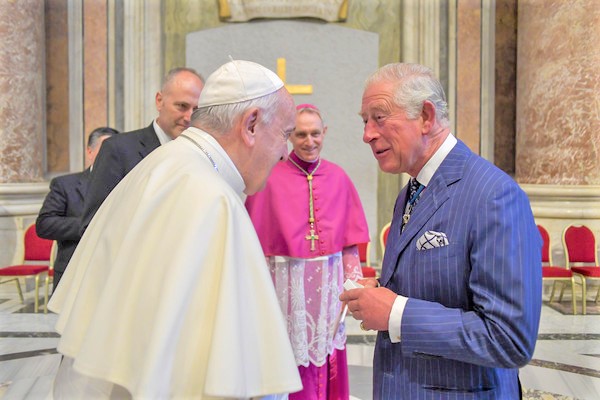 Official Press Release of the Prince of Wales:

Today, The Prince of Wales attended the canonisation of Cardinal John Henry Newman at the Vatican.

Ahead of the ceremony, His Royal Highness met His Holiness Pope Francis.
The canonisation ceremony was conducted at an open-air mass in the Vatican’s St Peter's Square, which was attended by tens of thousands of pilgrims.
Cardinal Newman is the first English saint since the Forty Martrs were canonised in 1970, and the first British saint since St John Ogilvie in 1976.
Newman made an impact as an educator, theologian and a pastor. He was the first Rector of the Catholic University of Ireland (now University College Dublin), led the Oxford Movement which promoted the idea that the Anglican Church should reconnect with its Catholic roots, and wrote hymns that are still in use today such as ‘Praise to the Holiest in the Height’ and ‘Lead Kindly Light’.
The day’s events celebrated Newman’s life and work alongside four other newly canonised saints; from India, Mother Mariam Thresia, Swiss Marguerite Bays, Mother Giuseppina Vannini from Italy and Brazilian-born Sister Dulce Lopes.
The Prince has described Newman as:

This great Briton, this great churchman and, as we can now say, this great saint, who bridges the divisions between traditions.

Following the service, His Royal Highness visited the Venerable English College to view an exhibition of Cardinal Newman’s life and work.
Finally, The Prince attended a reception at the Pontifical Urban College. Cardinal Newman studied at the College while preparing to become a Catholic priest.
During the reception the London Oratory Schola Cantorum Boys Choir, made up of boys aged 10-18, performed and His Royal Highness gave a speech.

Replying to @ClarenceHouse
The Prince attends a reception at Pontificio Collegio Urbano, where Newman studied for the priesthood from 1846 to 1847. 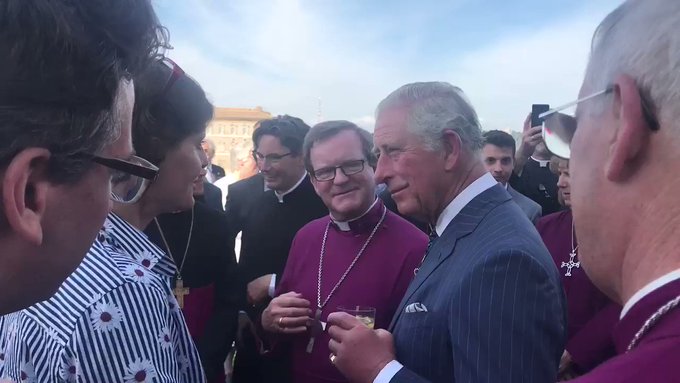 Clarence House
✔@ClarenceHouse
‘He was able to advocate without accusation, disagree without disrespect and, perhaps most of all, to see differences as places of encounter rather than exclusion.  These are principles that continue to inspire, and to guide each new generation.’

The Prince of Wales on Newman. 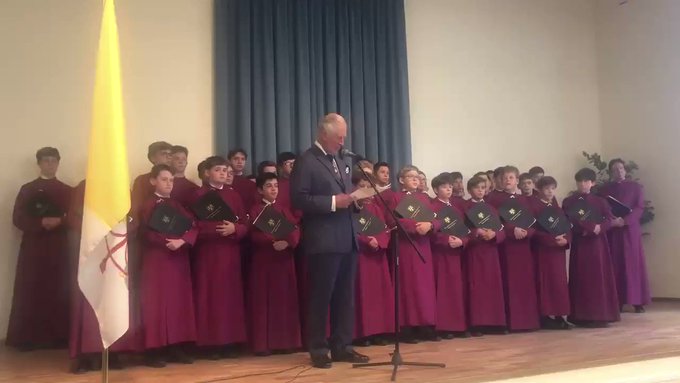 
54 people are talking about this