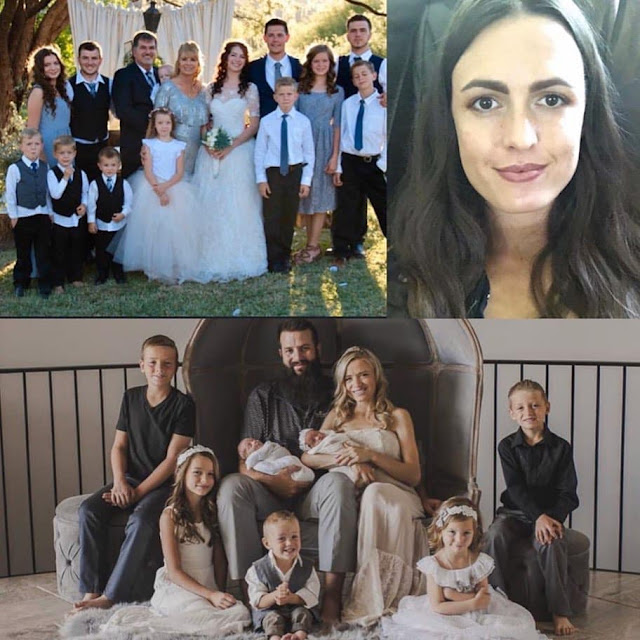 Three mothers and six of their children were killed in an ambush in Mexico, while they were on their way to visit family. Three cars carrying the women and 14 children were traveling between the Mexican states of Sonora and Chihuahua Monday when officials say members of a criminal group, possibly a cartel, attacked them. The attack may have been targeted, officials say.
The members of an agricultural Mormon-sect community, who were dual US-Mexican citizens, were shot in their cars and burned alive, said family member Alex LeBaron. They ranged in age from 8 months to 43 years. Four children in one family killed Rhonita Marie Miller, 30, was driving with some of her seven children to Arizona to pick up her husband, Howard, who was in the US for work, her sister-in-law Kendra Lee Miller said.
The bottom photo shows Howard Jackob Miller, Jr., Rhonita Maria Miller, infant twins, Titus Alvin Miller and Tiana Griciel Miller, and Krystal Bellaine Miller, who all died in the attack.
Howard Miller, the adult male pictured, is alive and is not believed to have been present at the attack.
Along the journey, her car was stopped by a flat tire, which she left behind to switch to another family car and continue on with her children, Kendra said. "My brother was fixing Rhonita's broken-down vehicle, saw a fire, didn't think anything of it," Kendra Lee Miller said. But that fire and the explosion that came with it were coming from the three cars carrying the families. "My dad, Andre and couple of uncles and relatives went to check up on the vehicle. All they found was charred remains, ash and bones," Kendra Lee Miller said. Rhonita died in the attack along with her twin 8-month-olds, Titus Alvin Miller and Tiana Gricel Miller and her children Howard Jacob Miller Jr., 12, and Krystal Bellaine Miller, 10.
The family was supposed to go to Kendra's wedding next week in La Mora, the bride-to-be said. Brother hid survivors in bushes Dawna Ray Langford, 43, was driving the second car 10 miles ahead to go visit family in Chihuahua with her nine children, Kendra Lee Miller said in a statement posted to Facebook.
Dawna Ray Langford with her son, Trevor, who both died in the attack. She was shot to death along with two of her children: Trevor Harvey Langford, 11, and Rogan Jay Langford, 2. Having witnessed the death of his mother and brothers, 13-year-old Devin Blake Langford hid his six surviving siblings in bushes, covering them with branches, Kendra Lee Miller said in the post. He then walked 14 miles to the La Mora community and delivered the news of the attack, Kendra Lee Miller said. "Devin's uncles armed themselves with guns and returned to try and find the hidden children, knowing many of them were injured. They didn't get far before realizing they would be risking death, since there had been continual shooting for hours, all over the mountains near La Mora," Kendra Lee Miller wrote. Five of the six children that Devin hid were taken to a local hospital and later flown to the US. The sixth child, Devin's 9-year-old sister, went missing after she left in a second attempt to get help. Relatives and Mexican soldiers found the girl after searching the area for about two hours, Kendra Lee Miller said. Christina Marie Langford Johnson was driving the third car with her 7-month-old to meet her husband and the rest of her children to move to North Dakota. Their car was near Dawna Langford's. Christina Marie Langford, who died in the attack and Johnson also died in the attack. Her daughter, however, was found alive and uninjured in the car with bullet holes all around her. Witnesses said they found her in her car seat, and it looked like she was moved to the floor by her mother for protection, Kendra Lee Miller said.
Edited from CNN
Please Pray for the victims and their families....
Posted by Jesus Caritas Est at 10:01 AM