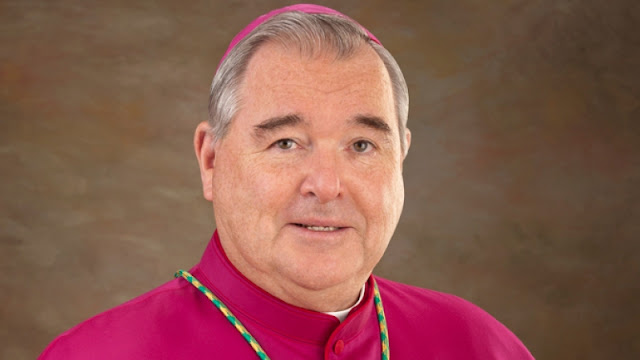 Archbishop Richard Gagnon succeeds the Most Reverend Lionel Gendron, P.S.S., Bishop of Saint-Jean-Longueuil as President at the conclusion of the 2019 Plenary Assembly. Archbishop Gagnon, was born in 1948 in Lethbridge, Alberta. After seminary studies at the Pontifical Beda College in Rome, he was ordained to the priesthood in 1983 for the Archdiocese of Vancouver. He was named Bishop of Victoria in 2004 and appointed Archbishop of Winnipeg in October 2013. He has served from 2007 to 2008 on the CCCB Permanent Council as the regional representative of the Assembly of Western Catholic Bishops and from 2017 to 2019 as the CCCB Vice-President.

As part of the regular proceedings of the meeting, the Bishops were presented with two reports pertaining to the Canadian Catholic Organization of Development and Peace-Caritas Canada (Development and Peace). The reports, one concerning the joint partnership review and the second concerning the organizational review, were received and discussed during the Plenary Assembly. While the reports mark a significant milestone in the process toward the conclusion of these initiatives, the Bishops continue to discern questions related to these reports.

The meeting concluded with the presentations of various reports from, among others, the Canadian Appeal Tribunal, the Regional Assemblies, Northern Bishops, the Eastern Churches, and the Military Ordinariate of Canada.

At the close of the meeting, the bishops agreed to reconvene in one year's time for the 2020 Plenary Assembly from September 21 to 25, 2020.
Source - CCCB
Posted by Jesus Caritas Est at 9:18 AM