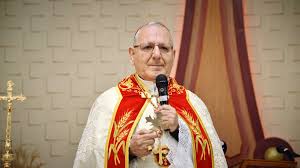 Iraqi Church calls for fast and prayer for peace. Bishop Warduni praises young people united in the streets
The Chaldean patriarchate urges a prayer for peace. For Card Sako, Iraq’s problem is not only political, but cultural and spiritual as well. The death toll stands at 320 dead and 16,000 wounded. Baghdad’s Auxiliary Bishop warns that too little is done for the future of youth and the poor. Young Iraqis have overcome ethnic and confessional divisions.


Baghdad (AsiaNews) – Iraq and most Arab countries face a “cultural and spiritual" problem, not a "purely political” one. Thieves, crooks, extremists and tyrants rule “because there is not a strong and solid religious, spiritual and moral drive,” this according to Chaldean patriarch, Card Louis Raphael Sako, in a message to AsiaNews.

For the cardinal, the question is tied to education" in the family and community "which are full of outdated preconceptions, customs and practices" that "are not based on reason and analysis”.

Speaking once more about the anti-government protests that broke out last month, which took off again in the last two weeks after a lull, the Chaldean primate expressed his deep concerns about police brutality, which has already left at least 319 people dead, mostly civilians.

Amid a crescendo of violence and tensions, Mgr Sako urges Iraqi Christians to fast for three days, starting this morning until the evening of Wednesday 13 November "for peace and the return of stability".

Along with fasting, the cardinal wants the faithful to recite the prayer he read on 4 November in Baghdad’s St Joseph’s Cathedral during an ecumenical meeting for peace promoted by Iraqi Church leaders.

For the cardinal, "What we need is a careful understanding of Iraq after the 2003 US invasion. The protest of the past few weeks are a spontaneous reaction" to the sufferings of the past years. They are taking place “under the Iraqi flag” rather than “the banners of various parties or factions” with protesters “overcoming sectarianism” to unite as one, sharing the same “national identity”.

He warns the government though that it must “win the trust" of young people, and engage in “courageous dialogue” and “economic reforms” that can redistribute wealth.” It must also appeal to intellectuals who fled the country to return "to contribute to the reforms.”

The patriarch's fears are shared by the Auxiliary Bishop of Baghdad, Mgr Shlemon Warduni. In his view, too many people “pursue their own personal interests” and “don’t care about the common good, especially the situation of the young and the poor.”

“Young Iraqis are the main drive behind the protest. They have finished school, but have no jobs and don’t know what to do,” he told AsiaNews.

"There is a lot of chaos and confusion in the streets. Protests show the world that we are in a disastrous condition and that we do not know what to do since people do not look out for the common good. They don't care about everyone's interest.”

The prelate is worried about the escalation of violence, “which has caused over 300 deaths and 16,000 wounded. We cannot just stand by. As a Church, our response is fasting and prayer.”

For him, it is important to see “young Iraqis protesting in the streets behind the shared Iraqi flag. They don't look at religion, ethnicity, but only want the good of the country, even if they worry about attacks against and abductions of civilians by armed gangs.”

Internationally, as tensions continue to rise, Western powers and foreign organisations are closely monitoring the situation. To end the crisis, the United States is calling for fresh elections and reforms, whilst various human rights groups warn that the country could descend into a “bloodbath”.

Warning that a "climate of fear has set in", the United Nations mission in Iraq (UNAMI) has called on security forces to show "maximum restraint in the handling of the protests, including no use of live ammunition, ban the improper use of non-lethal devices (such as tear gas canisters)".

UNAMI has also demanded the release of protesters arrested in recent weeks and an inquiry into the abduction of activists and doctors, who rights groups have been taken by the security forces or armed groups.

The UN body hopes to see a series of measures implemented in the coming weeks or months, including electoral and constitutional reform, prosecution of people charged with corruption and enacting laws to prevent graft.
FULL TEXT Source: AsiaNewsIT - Image Source: Google Images
Posted by Jesus Caritas Est at 8:01 AM