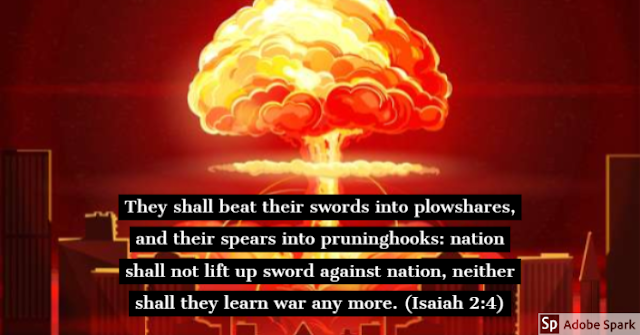 November 25, 2019
WASHINGTON—Bishop David J. Malloy of Rockford and Chairman of the U.S. Conference of Catholic Bishops’ Committee on International Justice and Peace, issued the following statement:

“‘Protect All Life’ was the poignant theme of Pope Francis’ Apostolic Journey to Japan this past weekend. In Nagasaki and Hiroshima, the Holy Father gave a powerful witness to the grave threat poised to human life by nuclear weapons. Following in the footsteps of Saint John Paul II, and reiterating the teaching of his predecessors, Pope Francis called for a world without nuclear weapons.

“For our part, the Catholic bishops of the United States remain firmly committed to global nuclear disarmament. We declared in 1993: ‘The eventual elimination of nuclear weapons is more than a moral ideal; it should be a policy goal.’”

“The United States and Russia have over 90% of the world’s nuclear weapons. This fact alone calls for our nation to exercise global leadership for mutual, verifiable nuclear disarmament. The extension of New START Treaty with Russia would be a prudent next step.”
Source: USCCB
Posted by Jesus Caritas Est at 9:42 AM