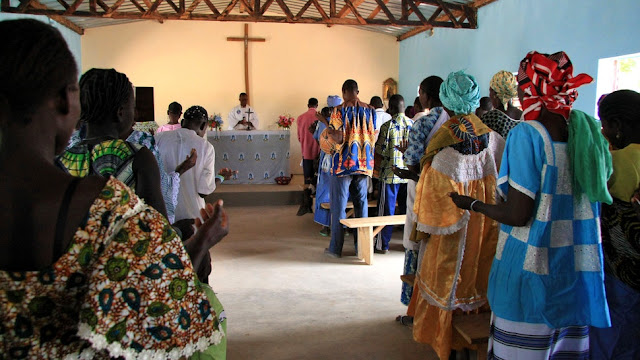 At least 14 people have been killed after gunmen opened fire inside a church in Burkina Faso. The victims were attending a service at a church in Hantoukoura, in the eastern part of the country on Sunday. The identity of the gunmen is not known and the motive is unclear. Hundreds of people have been killed in the country over the past few years, mostly by jihadist groups, sparking ethnic and religious tensions especially on the border with Mali. A statement from the regional government said that many people are injured. A security source told AFP news agency that armed individuals carried out the attack, "executing the faithful including the pastor and children". Jihadist attacks have increased in Burkina Faso since 2015, forcing thousands of schools to close down. The conflict spread across the border from neighbouring Mali where Islamist militants took over the north of the country in 2012 before French troops pushed them out.
Above edited from BBC
Burkina Faso President Roch Marc Christian Kabore tweeted: "I condemn the barbaric attack against the Protestant Church of Hantoukoura in the department of Foutouri, which left 14 dead and several wounded.

"I offer my deepest condolences to the bereaved families and wish a speedy recovery to the wounded."

Burkina Faso was previously a calm area in the region, but the past year's violence has killed hundreds and forced nearly a million people from their homes.